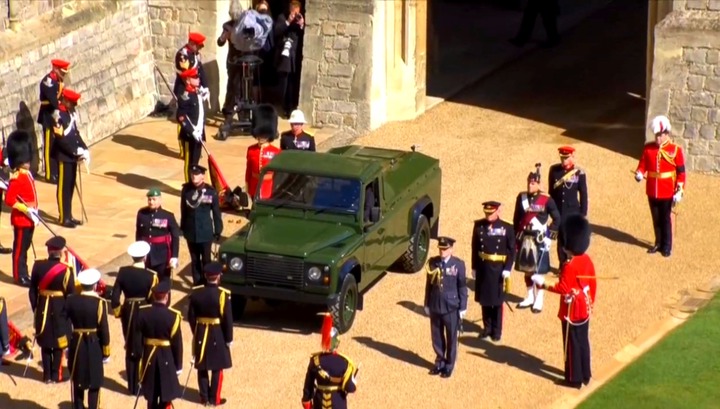 At 4PM East African time today on April 17th, the above pictured specially designed Land Rover Defender hearse arrived near the Windsor Castle's state entrance to ferry the body of the late Prince Philip, Duke of Edinburgh to St George's Chapel for a funeral service.

The green Land Rover had been escorted to that point by some military men as well as grenadier guards and upon coming to a halt, they surrounded it just as seen above as they waited for the body to arrive.

Less than fifteen minutes later, Grenadier Guardsmen emerged from the Castle's state entrance carrying the Duke's coffin at around 4:30PM and they marched slowly as they headed towards the Land Rover as seen below. 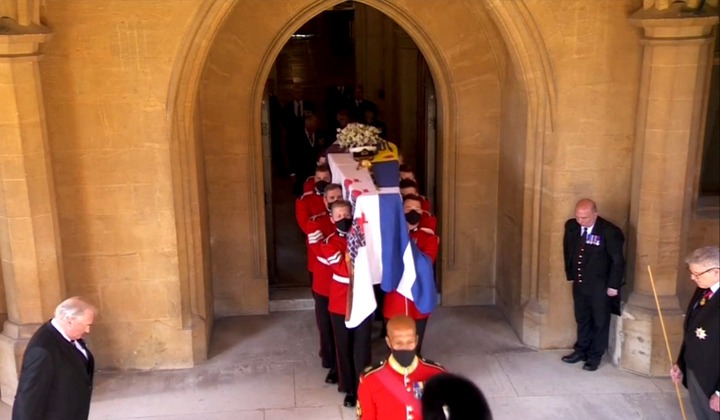 Lucky for those of us that were following the procession live on YouTube, there were multiple cameras covering the same and from one of them that was just above the entrance, we were able to clearly see how the coffin had been prepared and what was placed on top of it as captured in screenshots below. 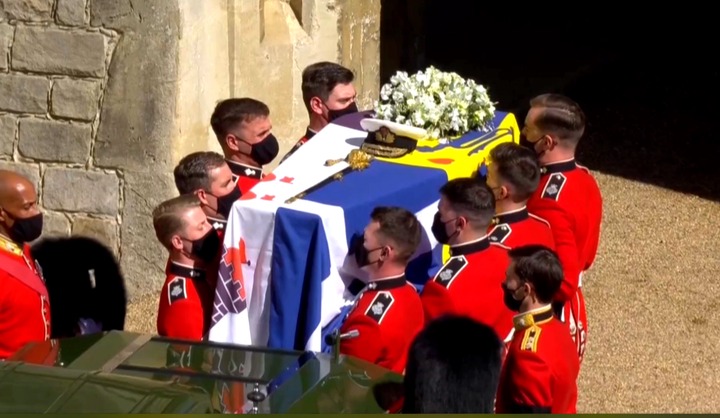 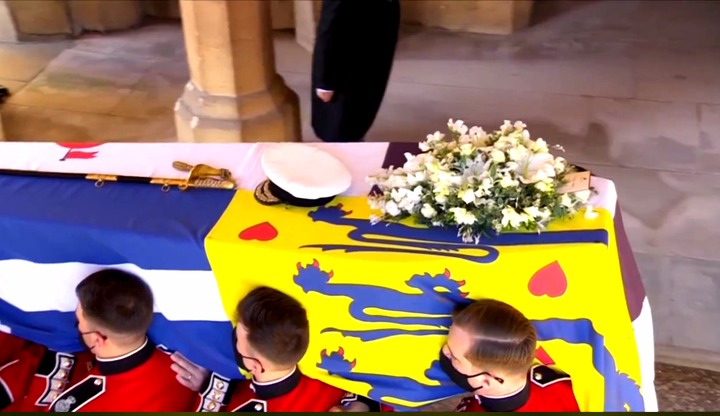 From the last photo above, I bet you've already noticed a number of those items that were on top of that coffin in which the body of the Duke rested as it was being carried to the defender.

Just to highlight, those five items that could be seen were; 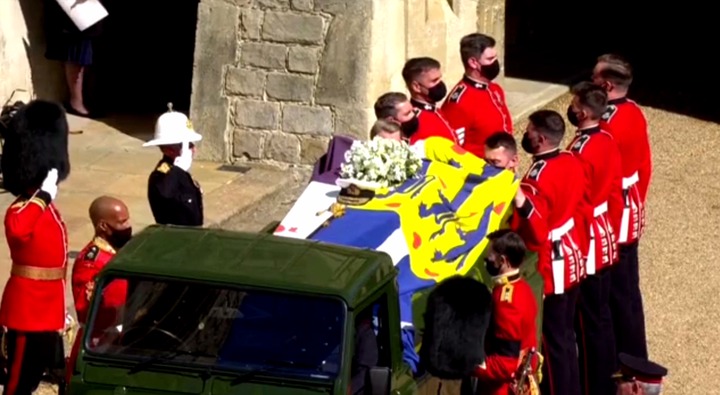 I bet his was the first thing that you could notice about the casket of the Duke. The flag in which his coffin was draped was his personal banner of arm as explained below. 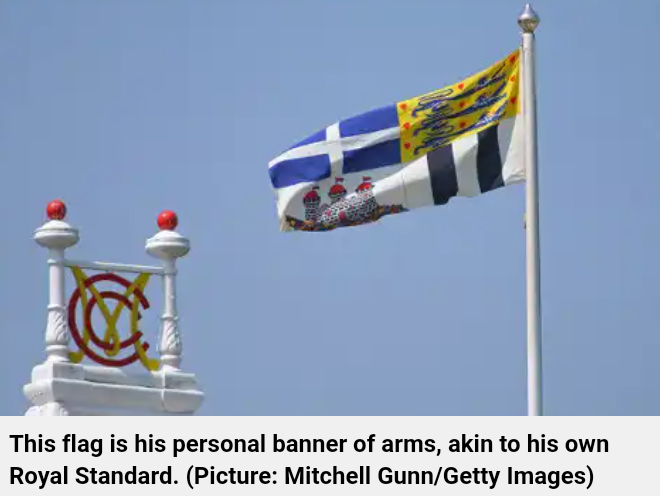 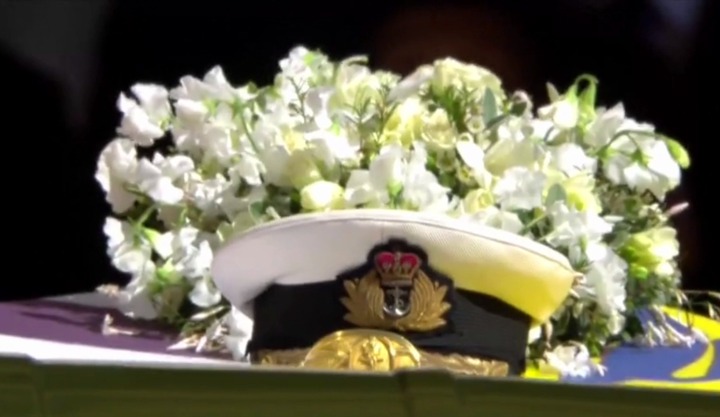 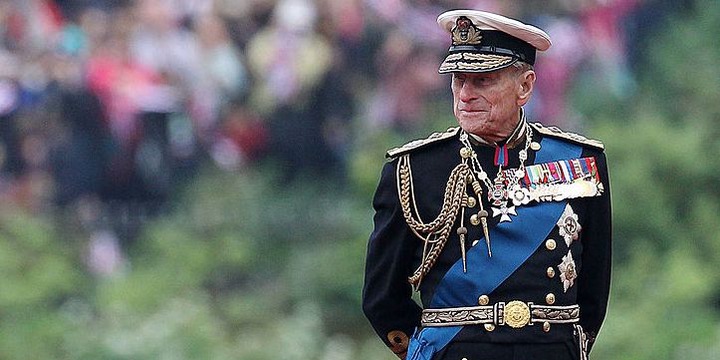 Prince Philip worked in the navy for years and for that reason, his naval cap was placed on top of the coffin. 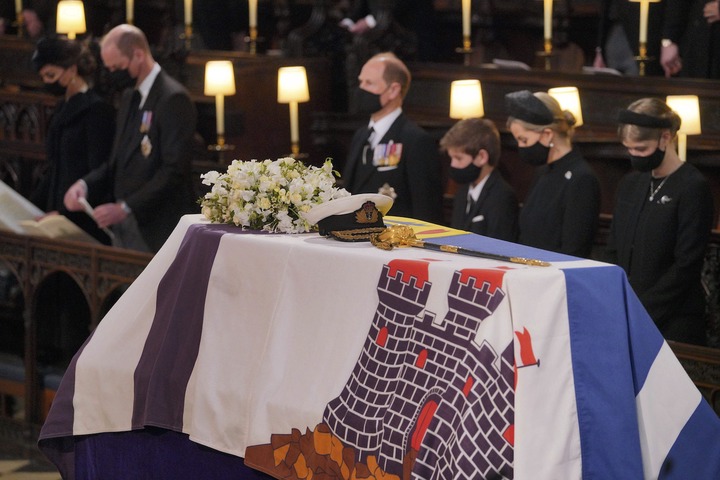 As seen above, the golden naval sword was placed in front of the Duke's cap.

4. A wreath of white roses from Queen Elizabeth II.

Resting behind the sword and the cap was a wreath of flowers that's said to have been placed on the coffin by the Duke's widow, that's Queen Elizabeth II. 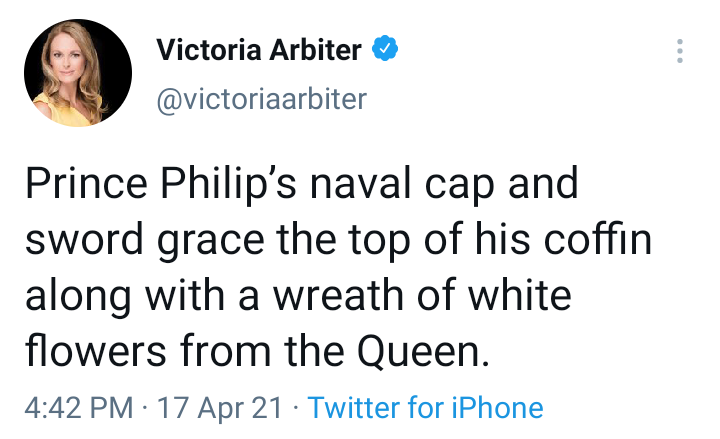 Not easily recognizable to many, a bible was was also on top of Prince Philip's Coffin and it was placed on his right side as seen above.