A young aggressive mum has been forced to respond to false allegations that were put forward by her son on live Radio Jambo show. Speaking to host' Massawe Japani' Johari said that the mum dumped him at the age of three and he was left under the care of his dad. 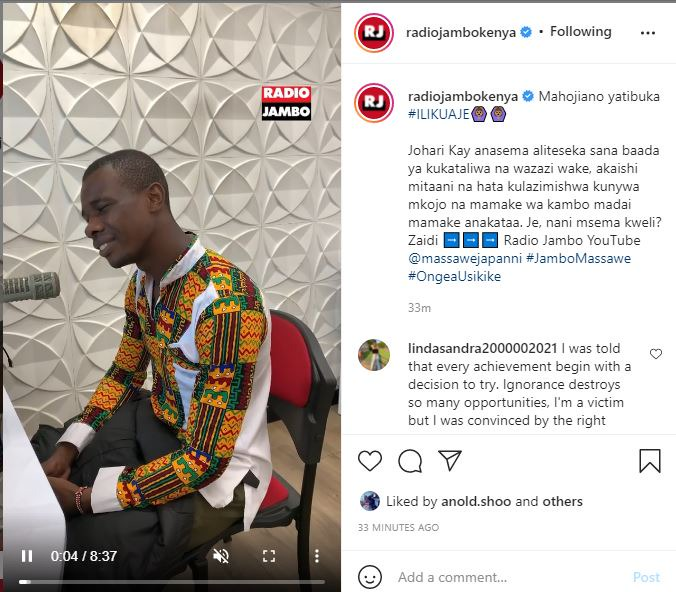 He said that the dad was having a tough time raising him and this prompted him to marry another wife who now acted as their step mother. Johari revealed that it reached a time when living with the foster mother became more harsh and he decided to leave their home. He said that he ended up on the streets as a beggar commonly known as 'Chokora'. Johari revealed that life in the streets was not easy. He would often lack basic needs like food, shelter and cloths. He was rescued by well wishers and up to now they still help him a lot. Johari's mum was listening to that conversation and she was shocked after hearing all the lies that her son was telling on live radio. She waited until the video was posted today and she responded in a long comment. 'Hukuwa Chokora ata siku moja wewe'. These were the words which she said claiming that the son was lying and tarnishing their family name because nobody has ever passed through such in their home. Johari's mum was forced to embarrass her son after telling lies in a live show. 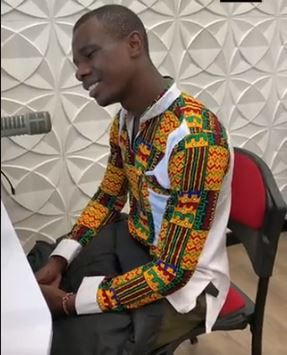