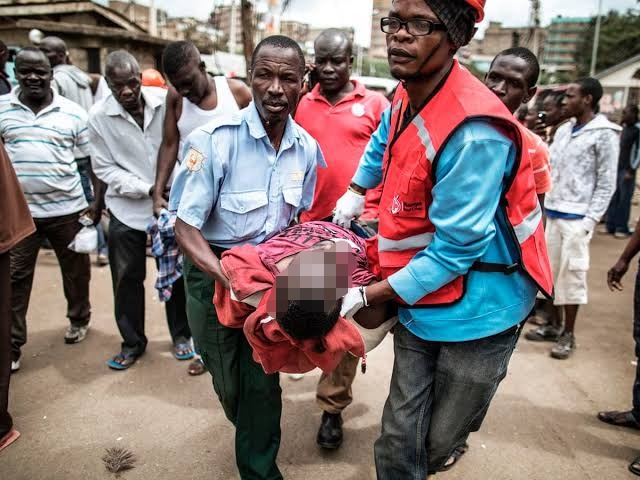 A middle-aged lady is fighting for her life at Kapkatet Sub-County Hospital in Kericho County after members of the public mercilessly clobbered her. This is after the lady stabbed his boyfriend to death during a drinking spree.

Luckily for her, police officers arrived in time to save her from the angry mob that wanted to lynch her to death.

A report has since been filed and the police are waiting for the woman to recover in order to bring her to face the law.

According to reports, the lady whose name is unidentified was alongside his boyfriend on Friday evening engaging in a drinking spree in the Ndanai area of Sotik, Bomet County.

The two are reported to have engaged in a heated disagreement while in the drinking den.

The incident later turned ugly when the lady went out fetched a knife and Mercilessly killed his spouse.

Reports indicate that the young man was stabbed several times, he fell down, Collapsed, and died on the spot.

Police officers were alerted of the incident and rushed to the scene before things turned ugly. 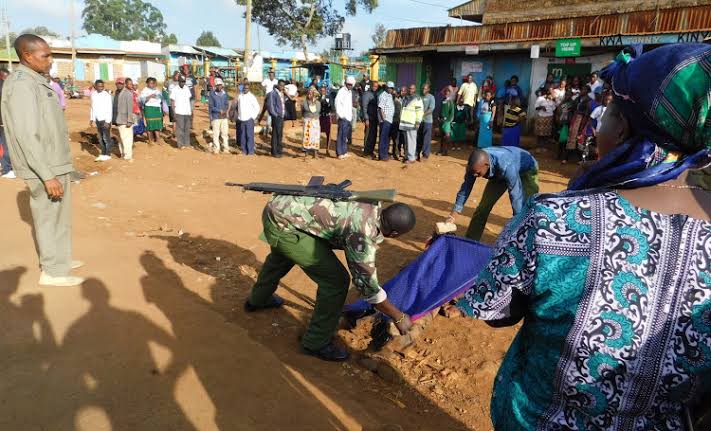 Irate residents had already given the rogue killer a serious beating for her heinous act.

It is yet to be established why the two engaged in such a bizarre fight that left one dead.

Domestic violence has been on the rise across the country of late, a majority of these brutal fights have ended up in tears.

Economic hardships and infidelity are some of the main reasons that these things happen across the world.

Kenyans have been urged to learn how to solve issues amicably without engaging in deadly physical fights. 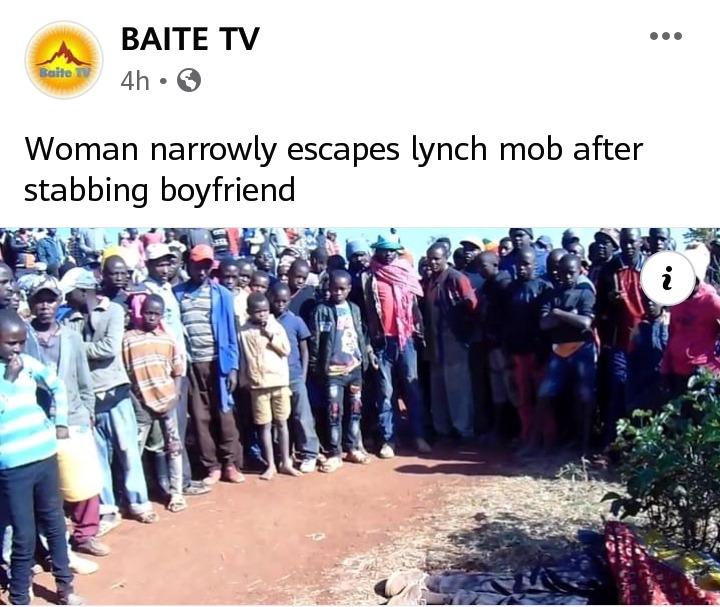