By Confessions2 (self media writer) | 7 months ago

Drama was yesterday witnessed in Kisumu after a number of traders accuse the county government of Kisumu of allegedly taking advantage of them by diving the newly built Uhuru Business Park unfairly.

Speaking of to one of the reporters from NTV, a local claimed that the county government of Kisumu was not sharing this piece of land equally as they initially did before they were chased away by the government that needed to built formal or rather more improved stalls.

In his own words, Mark Otieno said that there were rogue officials in the county government of Kisumu who were dividing this piece of market based on how much one would pay for their space despite the fact that the president ordered them to give it to their rightful owners.

“I don’t understand, I had a medium place to sell my items and now that it has been built, some of my neighbors who didn’t own anything now own huge pieces. Let them tell us how they are dividing this thing because I believe that something is happening here and it needs to be corrected before we take matters in our own hands, there are corrupt officials in our county government who are demanding bribe to perform their duties”, local said.

Addressing this issue, Kisumu police boss revealed that they were going to lake here they investigate the issue in order to bring the suspects to book. However, he urged residents to make they stay calm at all times as they deal with this issue. 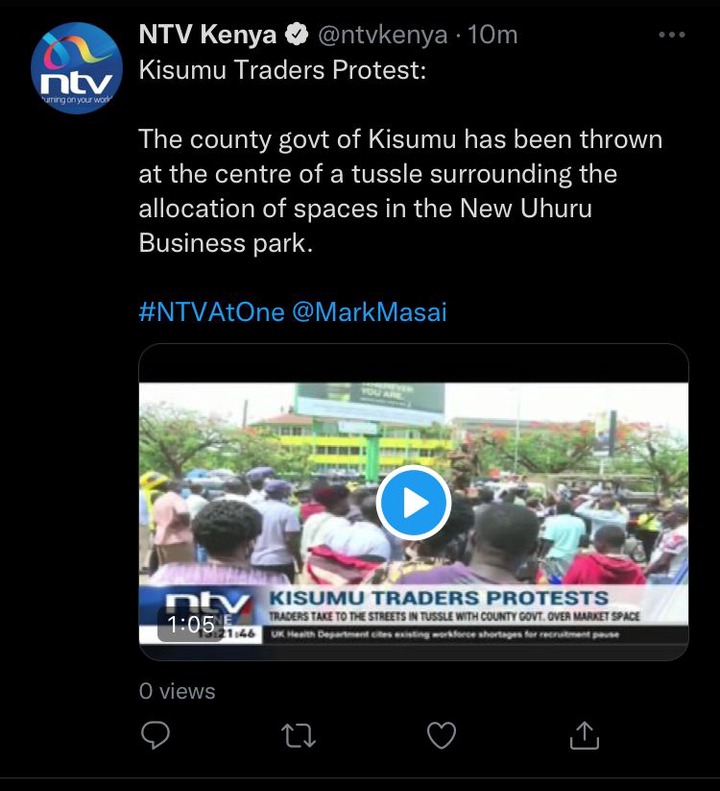 After My Wife Died I Was Left With Our 9Kids, I Vowed Never To Marry Again Now I Feel Lonely;Francis