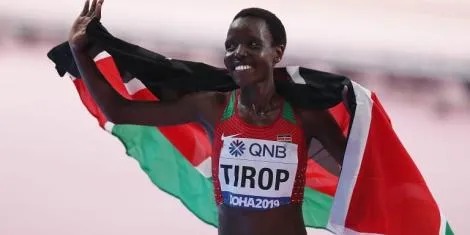 Details of an unidentified woman who visited the Olympian Agnes Tirop's home just a day before she was found dead has emerged as police officers succeed in arresting the prime suspect in the murder. It is explained that the woman held talks briefly with Emmanuel Rotich who was Tirop's husband.

According to Agnes' younger sister Everlyne Chepmwetich who was living with the couple, there was a knock at the gate on Tuesday morning and the woman entered. "I saw the woman but she didn't talk to me. It was around 8.00 am. The woman had a brief talk with Rotich before she left," Everlyne says.

"I had an appointment that morning and I was shocked when Rotich sent me to go and buy meat. I just left for my errands to Kapsowar. Later at around midday, Rotich called me and informed me that I should not pass by the house claiming that he and Agnes had left for Nairobi" Chepmwetich recounts.

Later in the evening, Everlyne realized things were not okay and she informed her parents that her sister Agnes was missing. The case was reported at Iten Police Station only to be found dead in their bedroom on Wednesday morning.

Everlyne narrates how her sister told her that her husband had been abusing her. She says she was shocked after Agnes told her that Rotich had beaten her overnight after she returned to Kenya from Tokyo Olympics leaving her with a swollen face. 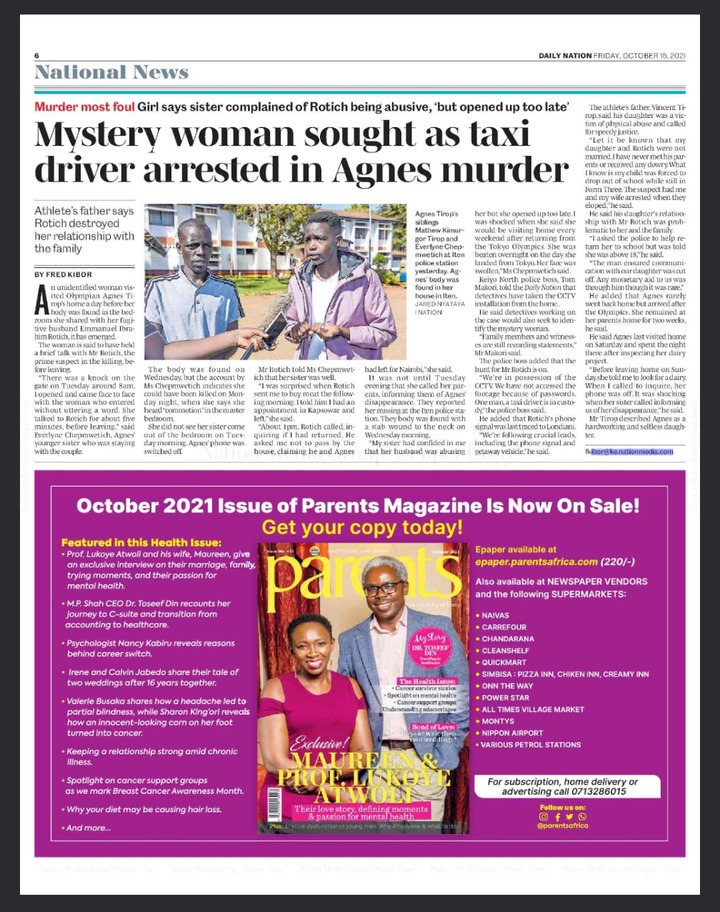 Keiyo North police Commander Mr Tom Makori says that they had collected relevant details from the house including a CCTV installation as they seek the identity of the mystery woman who had visited the house. 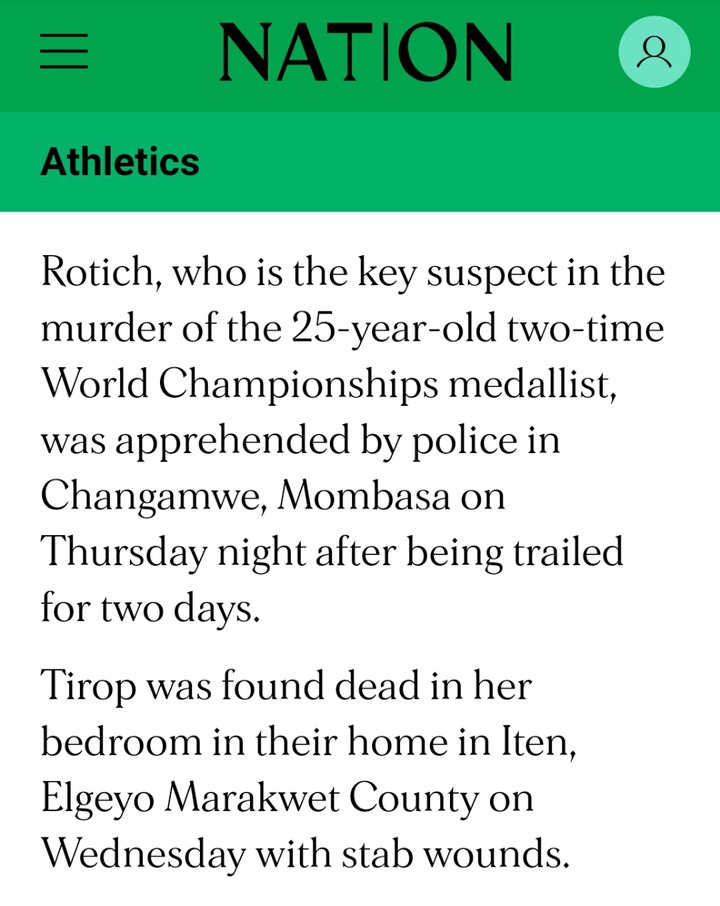 ODM Crushed To Pieces Over Their Sentiments On IEBC, Raila Told To Prepare For Thunder