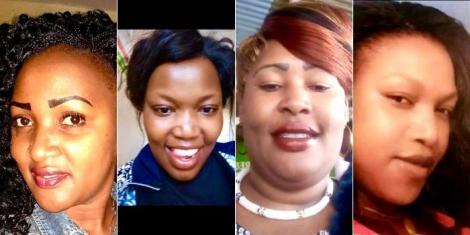 The Directorate of Criminal Investigations (DCI) has released photographs of women suspected of running a notorious drinks spiking ring in Nairobi city and its environs.

Detectives stated that the unmasked women are dangerous and have an elaborate scheme of spiking drinks, cautioning bar owners to raise an alarm in case they spot them in their premises.

The women are accused of stupefying revellers at popular drinking spots, mainly targeting middle-aged to older men whom they suspect to have fat bank accounts.

In the statement, the DCI noted that the women check for the brands of drinks ordered by the male patrons, how they are dressed and maybe the model of vehicles they are driving as a way of easily identifying a possible catch. 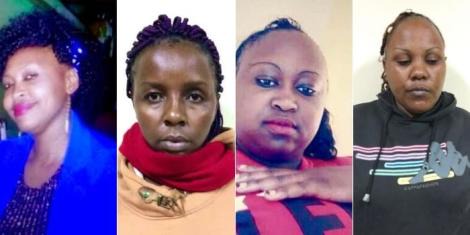 The DCI stated that the women are part of a harem that was being facilitated and working for Samuel Mugo Mugota, the man who was fatally shot in Mirema, Kasarani, on Monday afternoon.

"Most of them have been arrested before but Muvota always came to their aid by approaching the complainants and refunding them their money.

"However, most of these cases often went unreported since the drugged men are mainly married and respectable people in society who would not wish to let out the skeletons in their cupboards,2 stated the DCI.

The DCI stated that most of the identified women have gone into hiding after the killing of Muvota, adding that detectives were pursuing his partner who is believed to have shot him after the two fell out. 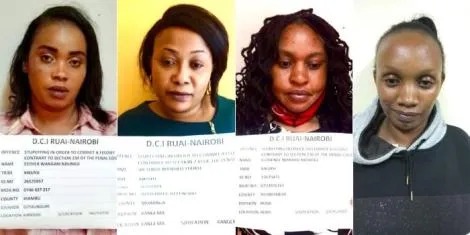 Detectives issued a warning to the women and vowed to ponce on them once they complete their investigations.

"With Muvota gone after the bitter fallout with his second-in-command, who is currently at large, the Pishori empire has been left without a leader."

"Most of the women have left the city in droves to their rural areas, from where they are monitoring how things unfold. They better get used to life in the village because it will not be business as usual in the city," the DCI warned.

Earlier in the day, detectives announced that they had identified the prime suspect behind Muvota's shooting. Sleuths pointed an accusing finger at Denis Karani Gachoki, stating that he is believed to be the man behind the heinous shooting that was caught on CCTV camera.

In a report, the DCI further stated that the wanted assailant is in possession of a firearm that was snatched from a stupefied police officer in Mombasa in November 2020.

Women accused by DCI of being involved in drinks spiking ring. Photos released on Friday, May 20, 2022.

"Efforts by detectives to arrest him have been futile since the thug, who is well loaded, influences rogue cops who tip him off once an operation for his arrest has been launched," the DCI stated.

"This, among other beef, are suspected to have led to a bitter fallout leading to Monday’s daylight murder of Samuel Mugoh Muvota, who has left behind seven grieving widows and many children."

The Most Ignored But Well Paying Businesses

Modern Jiko To Consider Having In your Home

Best foods to eat in the morning