Man Kills Brother With a Machete in Kakamega (video)

By SperrottieNews (self meida writer) | 24 days 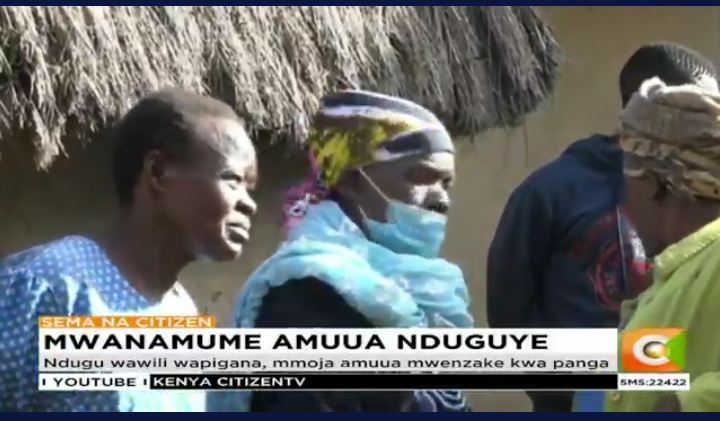 Pain and grief have engulfed a family in Luvambo village in Kakamega county after a thirty-one-year-old man brutally murdered his 25-year-old brother using a Machete. The deceased identified as Mellab Mehishia succumbed to his injuries after a bitter fight with his brother.

According to family members' testimony, the deceased came home while drunk took a knife, and confronted his brother threatening to kill him. The brother who is now in police custody awaiting arraignment, on the other hand, took a machete to counter the threats from his young brother. 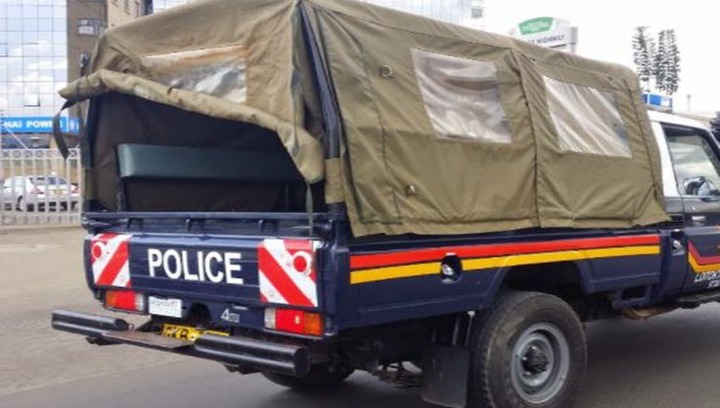 The family members also confirmed that the deceased has always caused a disturbance when he returns home while drunk. Even after several disciplinary sessions, he never changed his behavior while he is drunk.

After a fight with his brother, witnesses say his body remained stationary on the ground. Upon checking, they discovered that he sustained deep cuts on his legs and unfortunately succumbed to the injuries. 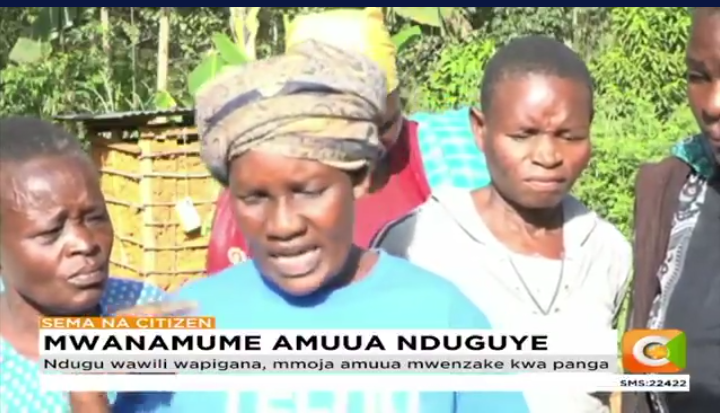 The OCPD of Shonyalu Robert Makau confirmed the incident and said the body of the deceased is currently at Kakamega Referral Hospital. The accused is being held by police awaiting arraignment.