Another police constable found dead in Nakuru under Controversial circumstances

A couple of days after two police constables died in Nakuru, a one constable Ogweno who was laid to rest just the other day and Caroline Kangogo his purported killer who is yet to be buried awaiting her post modem on Tuesday, Nakuru, the newly promoted town into a city has lost yet another constable. 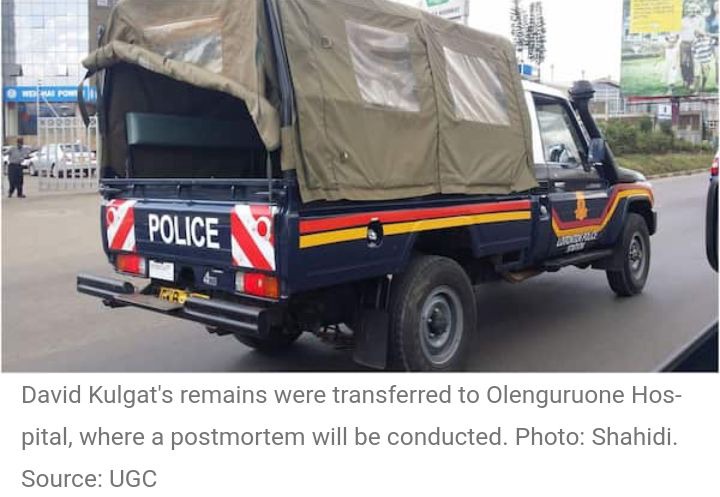 Constable David Kulgat who served at Olenguruone was found dead after visiting a suspect whose crime the police were adamant to name. Lucy Chepkorir the suspect was arrested in link to the death of the constable pending investigations. It is not clear yet what the police constable had gone to seek at the suspect's home. Lucy Chepkorir is a middle-aged woman with a pending case that she has not yet been prosecuted for now she is reportedly linked to the murder of the late Mr. Kulgat.

Before his abrupt demise, David Kulgat is said to have visited the place of Lucy Chepkorir, who had prior been blamed for another anonymous wrongdoing. Affirming the Saturday, July 24, occurrence, Kuresoi South OCPD Henry Nyaraga said they would keep Chepkorir to help the police in researching the matter. Kulgat's remaining parts were moved to Olenguruone Hospital, where a posthumous will be directed to learn the reason for his inconvenient demise.

Nicaragua said the dissection report would decide if Chepkorir will be attached to the police's passing or not. Until his passing, Kulgat was a police constable joined to Kiptagich Police Station. The aim's of his visit to Chepkorir's home is to be distinguished

Trust the Process, 25 Exclusive Photos of Barack Obama While He Was In Kenya (photos)