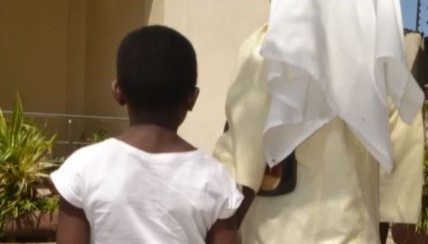 When you meet Ann (not her real name), you may be forgiven to think that she is just another playful, bubbly and happy child.

However, not even the wide smile and contagious laughter can hide the agony of what the nine year old has gone through in the last three years.

She has seen it all, experienced it and forced to mature early than her age mates to assume a parental role to her six year old brother whom they have equally shared in an endless journey of agony.

Hers is a story of pain, bitter anguish and desperation which she has had to endure since she was a small girl. 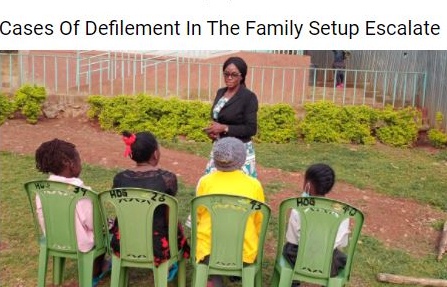 As we settle down for the interview in the presence of her paternal grandmother, her eyes swell with tears, shock and fear fill her , her face slowly turns paper white betraying the strong personality she had assumed all along…after all she is just a child.

Her eyes are now clueless and gazed at the ceiling, every detail fresh in her little mind; this is what she has experienced every day of her life since 2014.

“It all started when my parents separated sometime back, we were taken to live with our maternal grandparents Mwanakombo Hassan and husband Fadhili Ramadhan at Kongowea,” she says.

In a flashback, she recalls that even before the separation of their parents, peace was an unwelcome guest in the house, every other day the parents would pick a fight.

She recounts that “after we moved in with our grandparents, life took a different turn and sometimes I could miss going to school.” 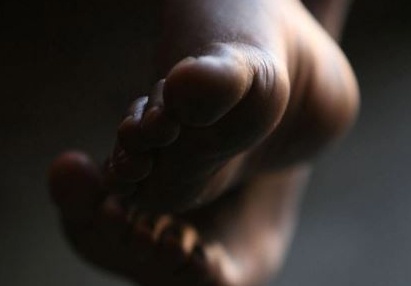 Ann recently ran away from home and now stays with her father who has since remarried after her mother relocated to Tanzania after separation, where she also settled with another man.

According to Ann who has tested HIV positive, her grandfather has defiled her ever since she moved in with them.

The class three girl whose body is dark with spots from healing rashes explains that before going to bed every night, their grandmother Mwanakombo Hassan would ensure that they take a bath after which they would be told to sleep naked.

“She would tell us to sleep without clothes. But soon after, my grandfather would start touching me and doing bad things to me. When I complained to my grandmother, she threatened to throw me out of the house into the darkness”, she recounts.

Ann said she would feel a finger fondle her and when she woke up in the morning, she would feel a lot of pain in her private parts and she had to survive on painkillers administered by the grandmother.

As days passed into weeks, the young girl says her grandfather repeatedly defiled her every night and when she screamed, their grandmother who was at the time fondling his brother, would shout for her to keep quiet or else they would be thrown into the dark.

She was constantly reminded that if she ever opened her mouth to reveal what took place at night to anyone, she would face the music.

So she opted to remain quiet to save herself and her brother from the wrath of their grandparents who were now turning to be a pain in the neck.

“One day I became very sick and was rushed to a nearby health centre. I was given several drugs which I have been taking every night,” she said.

Ann who has no friends in school and has to walk home alone said all her classmates know that she is HIV positive and therefore avoid her company.

“It all started when I developed a lot of rushes on my body, they were itchy and I was also very sick. My classmates began to segregate me, but now am used to it,” she said. 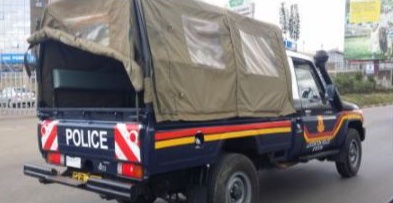 The young girl who wants to be a doctor when she grows up claimed that a fortnight ago, when she could not stomach it anymore, she went to stay with the father.

Her father Wilson Gulavi said that few days after the girl arrived home, her maternal grandmother who lives few kilometers away from them brought some painkillers saying she should be given and pleaded with her to return ‘home’ with her but she refused.

“When my estranged wife went to Tanzania, she left the two kids in the care of her mother, who has been staying with them in their single room at Kongowea. I learnt of the [email protected] ordeal a few weeks ago after my child fell sick and was taken to hospital where the examination results confirmed that she had been [email protected] and infected with HIV,” he said.

He further claims that the young boy who has never attended school despite the fact he has been sending fee to the grandmother, has repeatedly been defiled by his grandmother and fears that he too could have contracted HIV.

Kisauni OCPD Richard Ngatia confirmed that the complaint had been lodged by Wilson Gulavi who is the father of the minor, but the matter has been referred to the Children’s office. 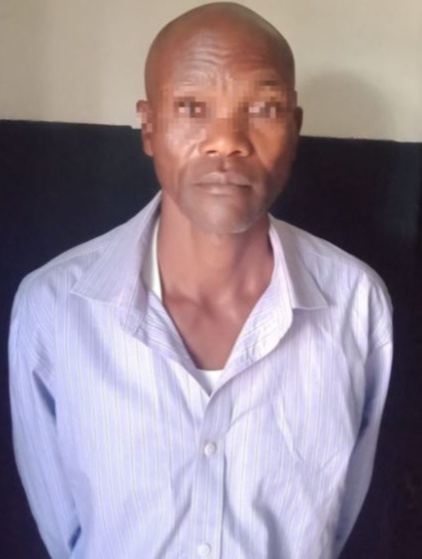 Ngatia directed that the minor should undergo medical examination at the Coast Provincial General Hospital (CPGH), before charges are preferred against the couple.

The officer led a raid to the elderly couple’s house on Friday where they rescued Ann’s brother who was locked inside the house.

In a sharp contrast, the girls’ grandmother dismissed the allegations saying the young girl contracted HIV after she was bitten by a classmate.