After assaulting a university student and robbing him of his cell phone and other possessions, a police officer is now in arrest on accusations of robbery with violence.

On the fateful night, two students from Machakos University were stopped last night as they rode their bicycles to their rented housing by the officer, who has been identified as Kevin Sila, and his accomplice, David Muringu.

The two, who were on a motorcycle with the license plate KMTE 363W, flagged down the students in the early morning hours before descending on one of them and slapping him hard while searching his pockets. However, his roommate narrowly avoided the attack and fled while shouting, drawing the attention of nearby residents who also happened to be university students. Responding to the screams for help, the students saved their fellow classmate from the officer's and his accomplice's anger. 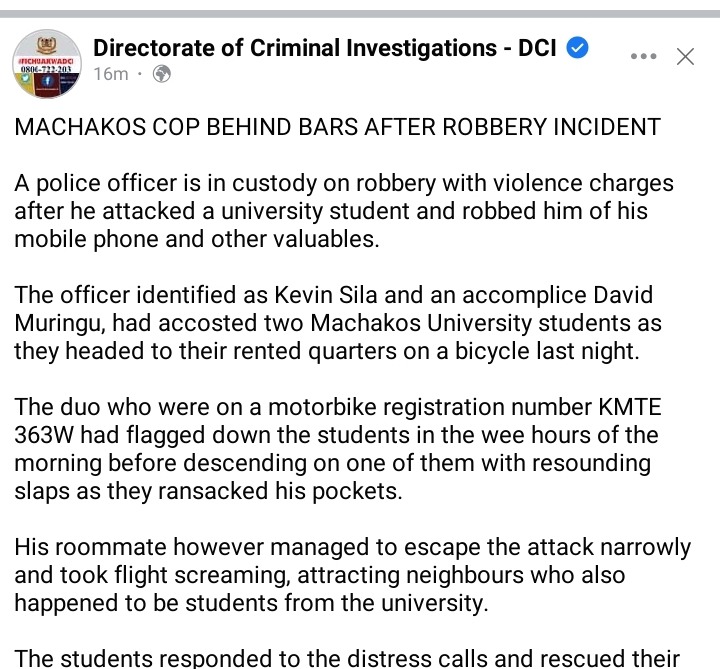 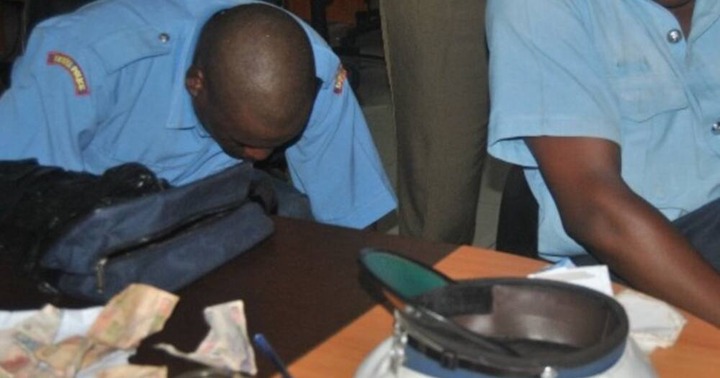