The government has announced plans to begin the construction of a bridge at Enziu river in Mwingi following the tragic accident that claimed at least 33 lives. 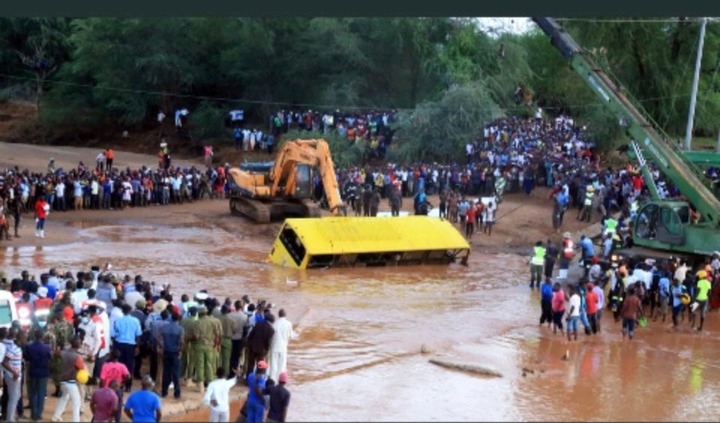 According to the government, the construction of the bridge will cost half a billion Kenyan shillings which is an equivalent of Sh500 million. The government says it is determined to end the long term problem at the area which has led to loss of several lives, especially when the rainy seasons begin.

However, it's not the first time that the government is promising to construct a bridge at the location. In December, 2019 the transport PS said that it was the government's top priority but the bridge had not yet been constructed.

The government had to react two days, after the bus tragedy. Top government officials led by Energy CS Monicah Juma and Transport and Infrastructure PS Paul Maringa were at the the site of Saturday's tragic incident. They made a promise to commence the construction of a bridge immediately.

"We're not going to lose any more lives in here. We intend to build this bridge in 10 months or less. In the meantime. We will also improve the drifts because people will still be using it," said the Transport PS Maringa.

Residents say they are tired of empty promises and the knee-jerk reaction from government and they hope that this time, the government will fulfill it's promise. 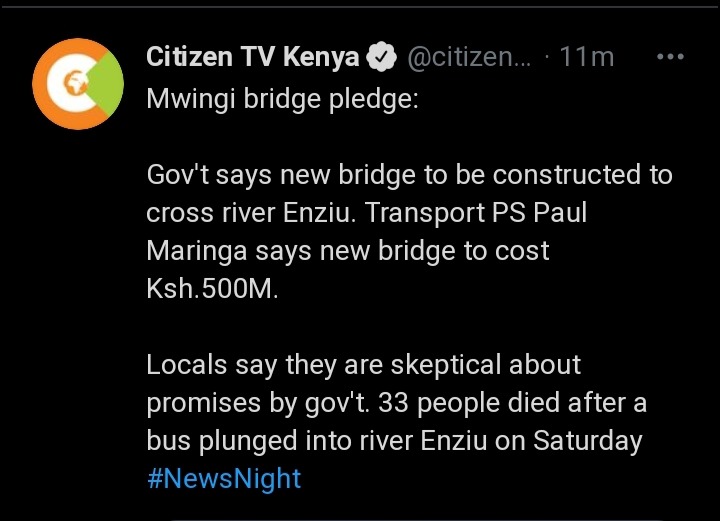 Westlands: Presidential Escort Car Involved in Nasty Collision After Being Driven on Wrong Side