By toptrend.com (self media writer) | 1 month ago 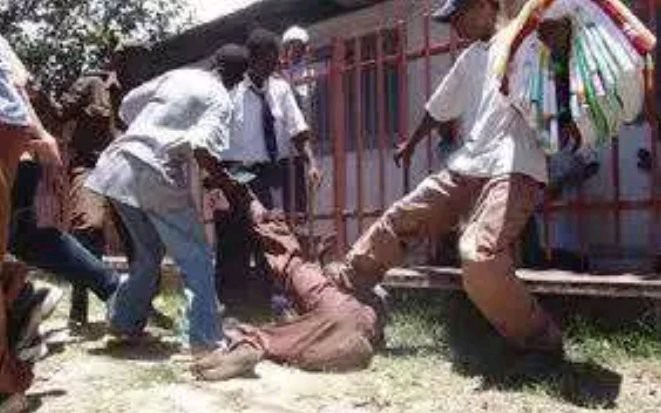 Residents of Kimbaa of Kiambu county today experienced chaos after a man was lynched by an irate mob on allegations of stealing a three year child.

The kid was earlier on reported missing and a mission to trace the kid was launched by the villagers.

The kid was later found in the victim's residence resulting to an instant mob injustice where the suspect was mercililessly stoned to death by neighbours some of whom knew him.

On account of k24 the 35 year old suspect was found in custody of the child who was enjoying lunch while seated on his bed when the mother found them immediately raising alarm.Apparently the mother suspected that her child had been molested. 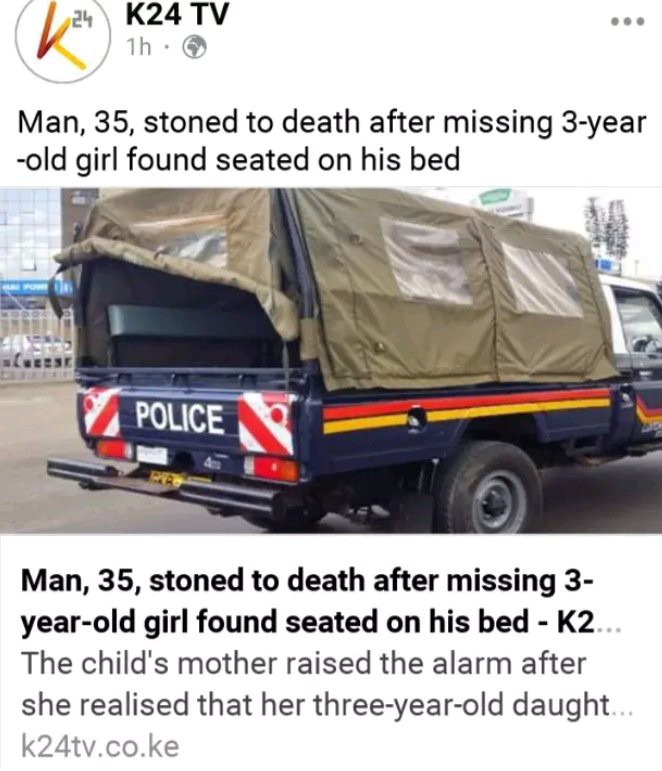 Some sources differ with the said happenings claiming that the unmarried man had genuinely offered food to the girl and let her sit on his bed because he had no furniture.

The suspect lost his life almost instantly after the blood thirsty mob descended on him will all manner of weapons killing him.

Police officers from the area reprimanded the residents for their actions urging them to always report such cases to them. Mob justice is mob injustice!

Content created and supplied by: toptrend.com (via Opera News )