By TheWinner (self media writer) | 1 year ago 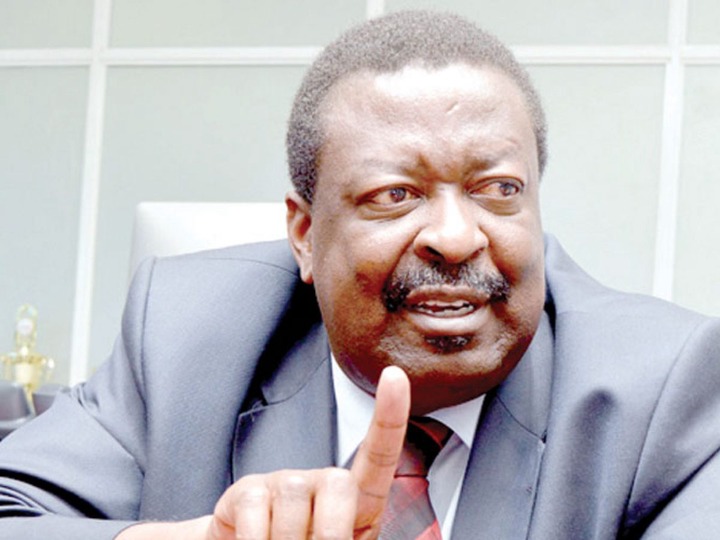 The race for State House keeps getting ever more complicated by the day, with presidential hopefuls opening new battlefronts and attacking multiple opponents all at once.

Previously, William Ruto and his tanga tanga brigade would concentrate their attacks on former Prime Minister Raila Odinga, but of late their guns shoot at anyone and everyone, from Mudavadi to the president, and even more recently, Kalonzo Musyoka.The latest one to adopt the strategy, it would seem, is Musalia Mudavadi.

Speaking at Mukhweso, Navakholo sub-location in Kakamega County where he attended the funeral service of the late Senior Chief Justus Mukopi Ndombi,Mudavadi threw a thinly veiled barb at his former party leader.

Mudavadi’s speech was preceded by those of his supporters, among them Ayub Savula, who urged the local community to rally behind Mudavadi, and in the same breath, urged Mudavadi to venture outside the region in search of new alliances and additional votes in his quest for the presidency.The Lugari MP emphasised the fact that FORD Kenya party leader Wetangula had shelved his ambitions in favour of Mudavadi as a clear indication that it was high time that the mulembe nation stuck together moving forward.

When Mudavadi got to the podium, he emphasised the need for a balkanised Western region, and pointed out that there were leaders from other areas who were planting their stooges in Western with an aim of dividing the region so that it would be unable to present a formidable opponent, as that would complicate their plans.

"What happened in Matungu is not good. I challenge ODM and Raila Odinga to stop interfering with Western Kenya. If it is competing based on ideas, I welcome the move, if it is about dividing us, I dislike it,"Musalia angrily said.

While Mudavadi didn’t mention any names, it is general knowledge in Western that the only leader with presidential ambitions yet to join the push for a single Luhya presidential candidate is the Kakamega governor Wycliffe Oparanya.

Oparanya is considered a political novice and lightweight within Western Kenya circles, and most think of him, not as a serious presidential aspirant, but a piece in Mr.Odinga’s bigger chessboard.