Police officers based in Rachuonyo East Sub-county in Homa Bay county are detaining Joshua Ochieng Arum, a 40-year-old man who forcefully slept with a 7-year-old girl on Monday as the sun was setting. He did the heinous act in Kanyassre village located in Kakelo Kamroth Location. The middle-aged man was arrested while she was convincing the family of the victim to do away with the case and continue living normally.

It is said that the girl had gone with her friends to fetch firewood, Arum saw this as a special moment because he jumped on the girl, removed her clothes, and satisfied his needs while the girl's friends were watching the whole action.

According to Everline Akoth the victim's mother, she noticed strange movements in her daughter's walking style and her clothes were dirty this prompted her to ask what was wrong. The girl opened up on everything that came her way, another neighbor also came to Everline's home and narrated to her about everything as one of the girls who witnessed the ordeal had already revealed to her.

After learning the danger that awaits, the girl was immediately rushed to Manga health facility where she was referred to another better hospital where she was treated and allowed to go home. According to the reports presented by the health stakeholders at the facility where the girl visited, it was evident that she had been defiled by a man.

It is said that the family with the help of the health facility had decided to give away with the story and negotiate with the suspect, however, did not land well in the ears of the neighbors, when they learned that the case was about to end, they reported the matter to the police station.

Confirming the ordeal, Tom Ondiro, the assistant chief in the area interrogated the minor who confessed that the man had slept with her for the third time now. The suspect is currently being detained at Ringa police station awaiting to be arraigned in court. 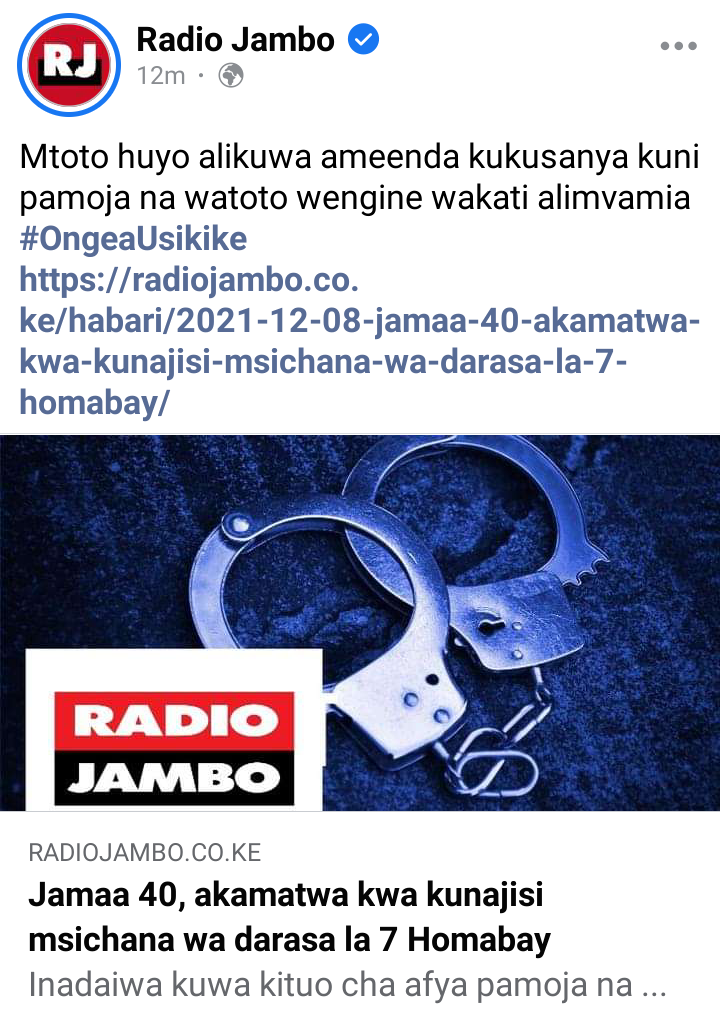 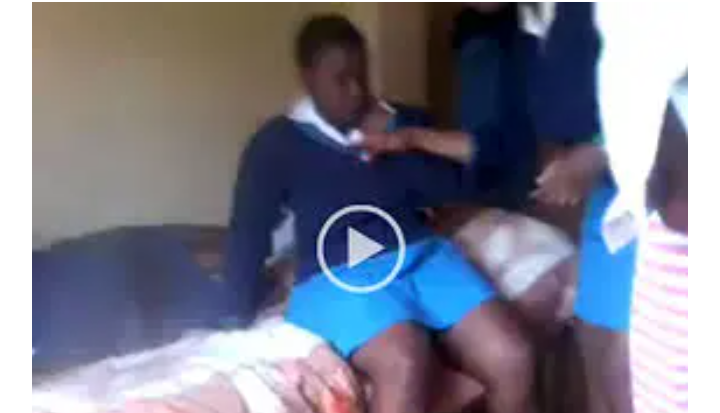