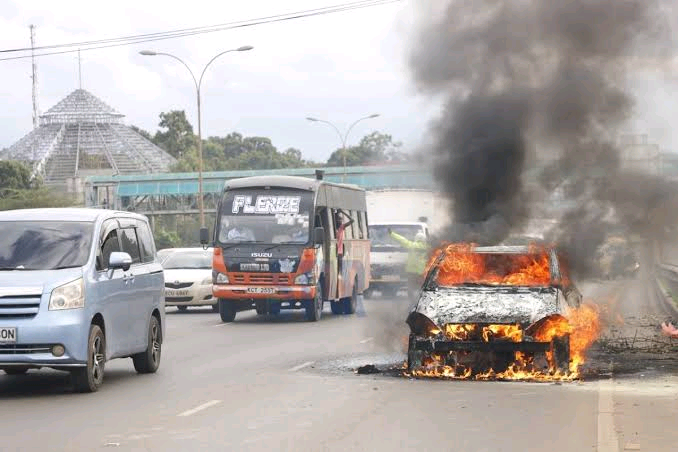 Thika road traffic police officerJack Owen confirmed the incident saying fire was caused by the cause of the fire, which engulfed the Toyota Prado, remains unknown. The inferno broke out in the engine compartment.

Jack said that the driver of the car, who was alone in the car, escaped unhurt.

Several rescuers intervened and extinguished it after 45 minutes. 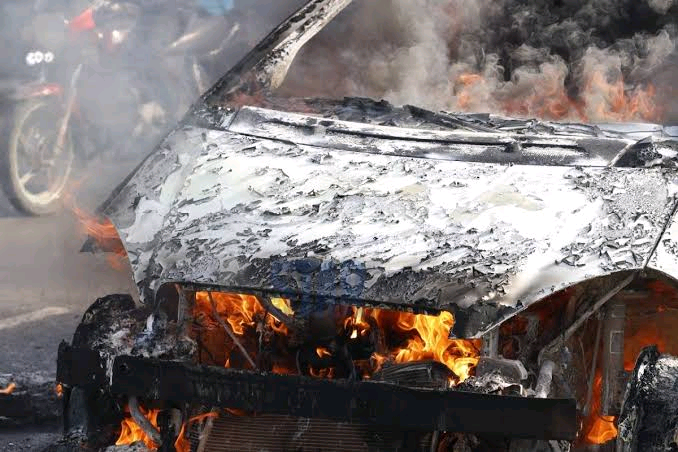 They guys fought tirelessly to put out the fire for a few minutes as its flames raged from the back of the car.

"The cause of the fire is yet to be established. We suspect that it was due to an electric fault. We will issue a full statement in due course once we get inspection reports," Jack said. 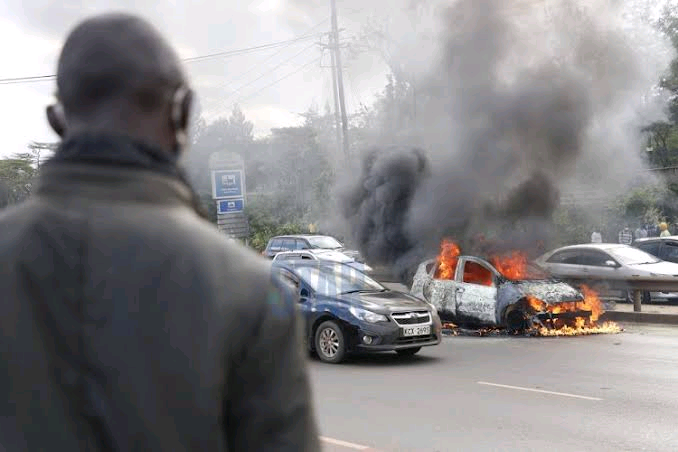 According to Jack, this is the fourth car in just two months to catch fire on Thika Road.

Investigations into the Friday night tragedy is still underway. 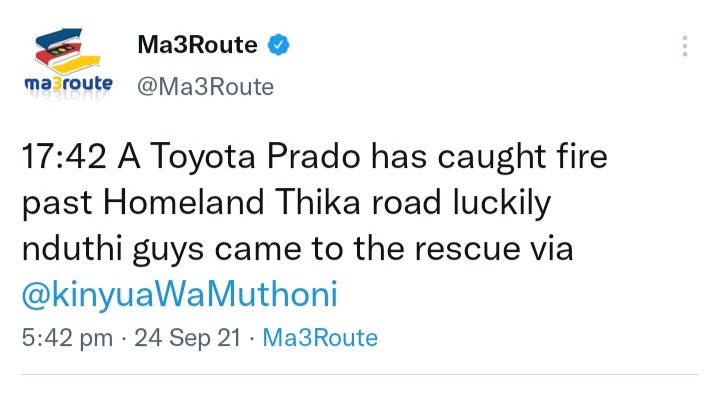