Dunga Locals are Ecstatic after waterways were Cleared of Silt 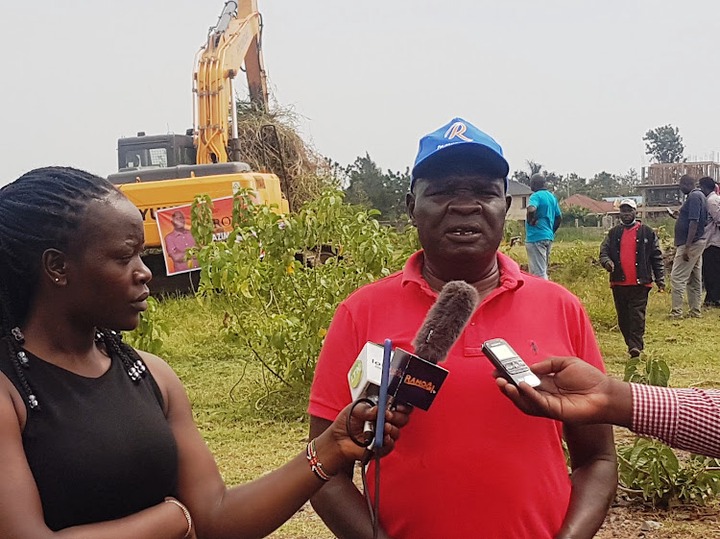 Residents of Dunga, Lake Victoria, who were uprooted by floods, want to return home once sediment from adjacent rivers is removed. More than 400 households were displaced from their houses last year as a result of the annual flooding. Dunga is located in the Nyalenda B ward. After being displaced by the raging waters caused by backflow from Lake Victoria, the majority of those impacted are renting houses in nearby shopping malls. They remain hopeful that businessman and Kisumu Central parliamentary aspirant Joshua Oron's continuing desilting of the Alewora and Wigwa rivers, which feed Lake Victoria, will allow for unrestricted flow of water into the lake. Residents in Dunga have been severely impacted by floods caused by backflow after rivers breach their banks, according to Oron, who paid ShS 600,000 for an excavator to desilt the rivers.

He claimed that torrential downpours had deposited massive amounts of silt in the rivers, which had washed soil into them. Those in rental residences should be allowed to return home once the project is completed, according to Oron. "We expect that by desilting the rivers, our people will be able to return to their homes because the rivers will have easy access to the lake." For a long time, the lawmaker has claimed that rampaging floods have harmed inhabitants living near the coasts, who are unable to live in their homes and suffer large losses each year.

Because of the ongoing floods, residents are frequently exposed to epidemics of cholera, malaria, and other water-borne diseases. "To address the flood threat in the region once and for all, we need a multiagency effort." Because of the floods, our people are unable to live in peace and flourish economically," he remarked. He asked for the national government to build dykes along rivers as soon as possible, in collaboration with the county, as a long-term solution to the flooding.

Oron promised to engage with national and county administrations, as well as his worldwide networks, to find long-term solutions to the flooding problem. According to Romanus Odhoch, a former councilor, the area has been flooded since 1963. According to him, a similar backflow to that seen in 2020 occurred in 1963, affecting a large number of individuals. He claimed that the majority of people had been relocated from their homes, with some homes being drowned.

Content created and supplied by: Ogweno97 (via Opera News )

"Why are They Doing This to Raila Odinga?" Vocal DP Ruto Ally Questions Alleged Conspiracy

"He Will Become The Best Deputy" Ben Kinuthia On Rigathi Gachagua