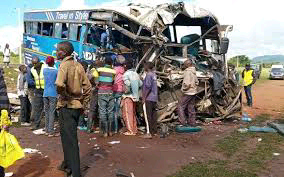 Eight people sustained injuries after the vehicle they were traveling in veered off the road in Nyamira.The vehicle was headed towards Kisii when the acccident occurred.

The which involved a public service Nissan vehicle and a lorry tool place at Kisii-Nyamira highway at 10.30am.

The occupants of the bus escaped unhurt.Faulty brakes are suspected to be the cause of the accident that saw at least eight people rushed to hospital. 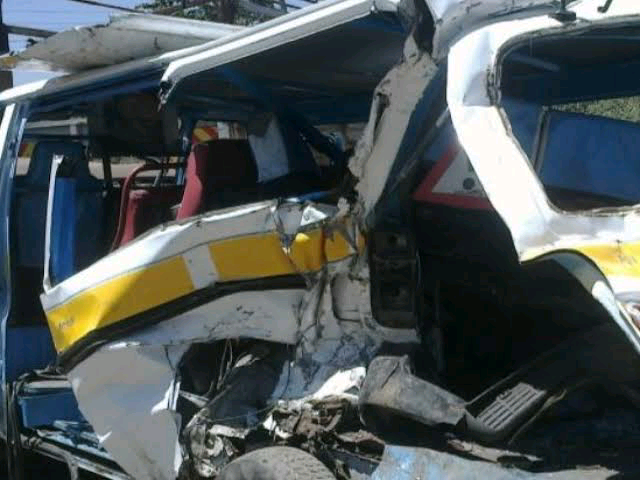 “Our Police officers and Kenya Red Cross rescuers rushed them to Kisii Mission Hospital in Eldama,” he said.

The exact number of passengers who were onboard the bus and Nissan is however yet to be established.The bus was traveling from Kisii when the accident occurred at around 10:30am. 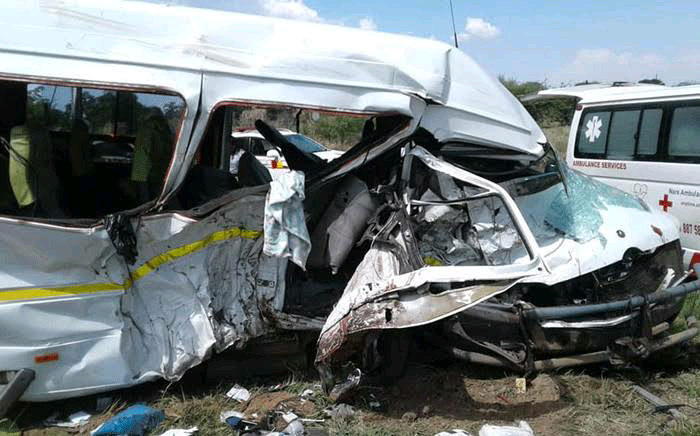 Martin added that the passengers on board the Nissan suffered serious injuries and are recuperating at Kisii Mission Hospital in Kisii County.

He says police have launched a manhunt for the bus driver who fled the scene after the accident.

One of the passengers, Mercy Awino, said the driver of the Nissan was speeding and lost control of the vehicle before it hit the bus from behind and landed in a ditch.

According to mercy, the Nissan was overloaded and speeding. The latest accident comes barely two months after speeding car also collided head-on with a lorry in the same route.

The motor vehicle wreckages was towed to Kisii County Police station for inspection.