By Powellblog (self media writer) | 25 days ago

Bandits in Laikipia have once again made headlines today after they allegedly attacked a police camp last night and beating law enforcers,according to the official twitter account of National Police service it was revealed that bandits sneaked last night and attacked law enforcers,but before they could leave they beat them up with canes,police officers have recently suffered in the hands of bandits who have been torturing them when attacking,last night incident left few police officers injured. 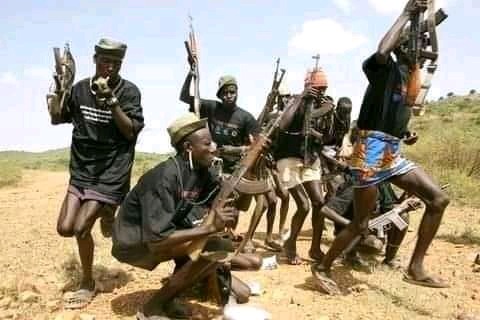 This comes few weeks after another attack where bandits attacked a police post in a well orchestrated attack when police officers were not around,they stole guns and bullets leaving the police officer without anything that he could use to retaliate,however a senior police officer has claimed that a multi agency team is hunting down the suspects who committed those crimes. 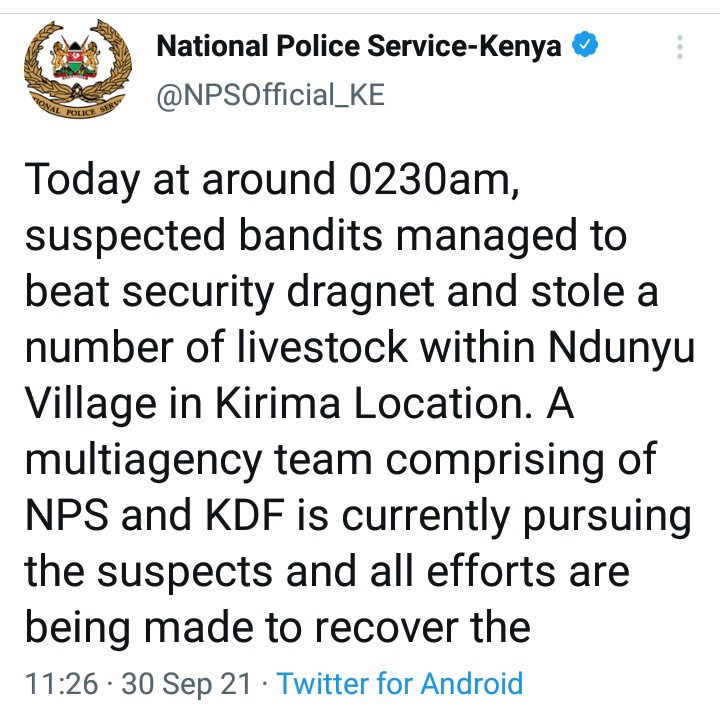 Already a team has been deployed to trace the bandits who attacked a police unit last night saying they will be arrested soon,before leaving Laikipia Interior Cabinet Secretary Fred Matiang'i assured residents of their security but this has not been achieved as bandits have continued to attack.