Reports emerged that an officer who had been declared a deserter by the National Police Service in January, woke up from a comma in The Kenyatta National Hospital. 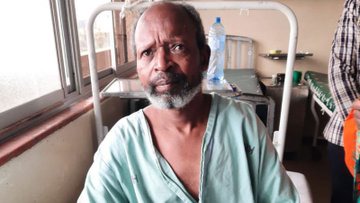 The police officer, identified as Police Constable Reuben Kimutai Lel had been given a leave of absence from work in December but never reported back to work in January.

Reports of the officer waking up from the nine month comma ignited headlines across the country and happiness from his family as well as friends and colleagues.

The National Police Service had declared him a deserter since he had failed to show up at work in January without knowing the cause or how whereabouts.

In a twist of events, the officer had been involved in a hit and run accident in Nairobi and was rushed to the Kenyatta National Hospital unconscious.

He was admitted at the institution under an alias since first responders at the scene had stolen his credentials as well as mobile phone.

Identifying who he was became a burden as the hospital administration just decided to wait for him to wake up from the comma.

His family had long given up looking for him without any chance of ever finding him since that time in January.

According to multiple reports, a warrant of arrest had been issued on the officer but this has now been revoked as he is set to resume his duties.

His salary had also been stopped for the nine months that he had been inadvertently missing from his work. 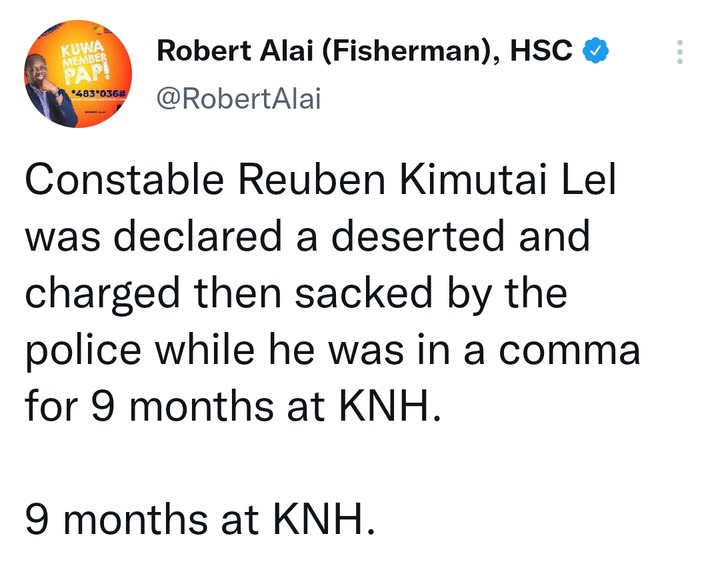