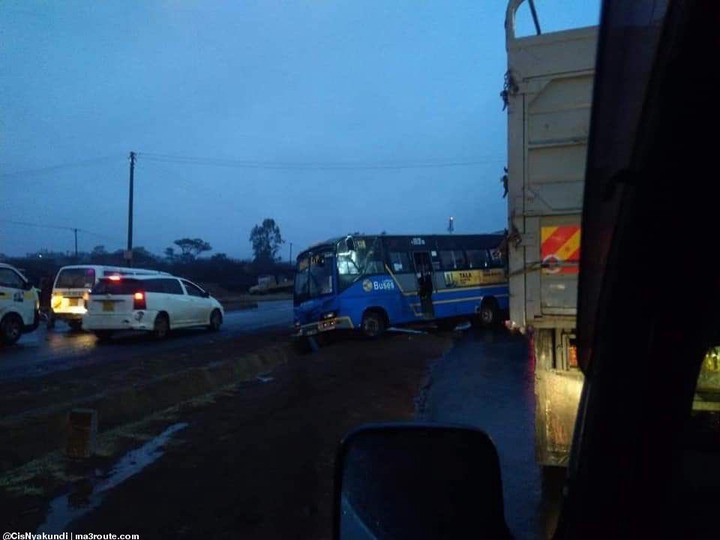 Teacher, student has died in grisly road accident along Thika SuperHighway in Nairobi County, according to police reports.

According to Jack, the driver of the Kenya Mpya was trying to overtake a van when the incident happened.

"The Kenya Mpya vehicle was moving at a high speed attempting to overtake a van infront when it collided head-on with the oncoming Manchester Travellers Sacco. Two innocent lives were lost in the spot. We have made one arrest," he said.

The vehicle is said to have lost it brakes before the accident happened at 6am. 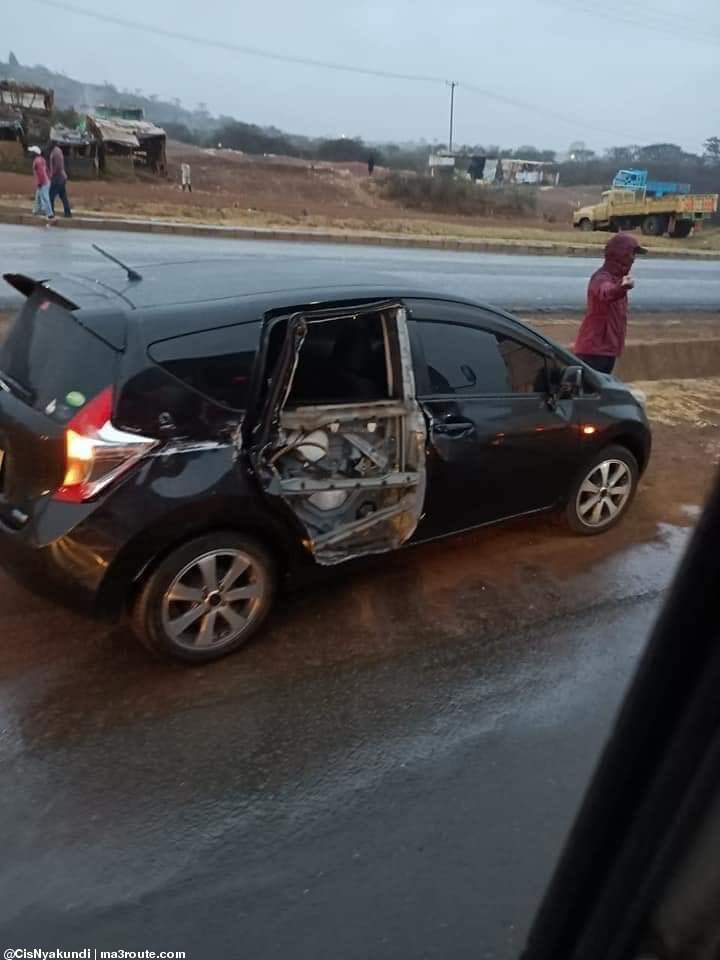 He said the driver has since been arrested and is being held at Kasarani Police Station.

The two bodies were transferred to Kenyatta University funeral home.

The latest development comes only two days when two people lost their lives along the busy road, after a Machakos bus collided head-on the Thika-Ruaraka Road in Nairobi. 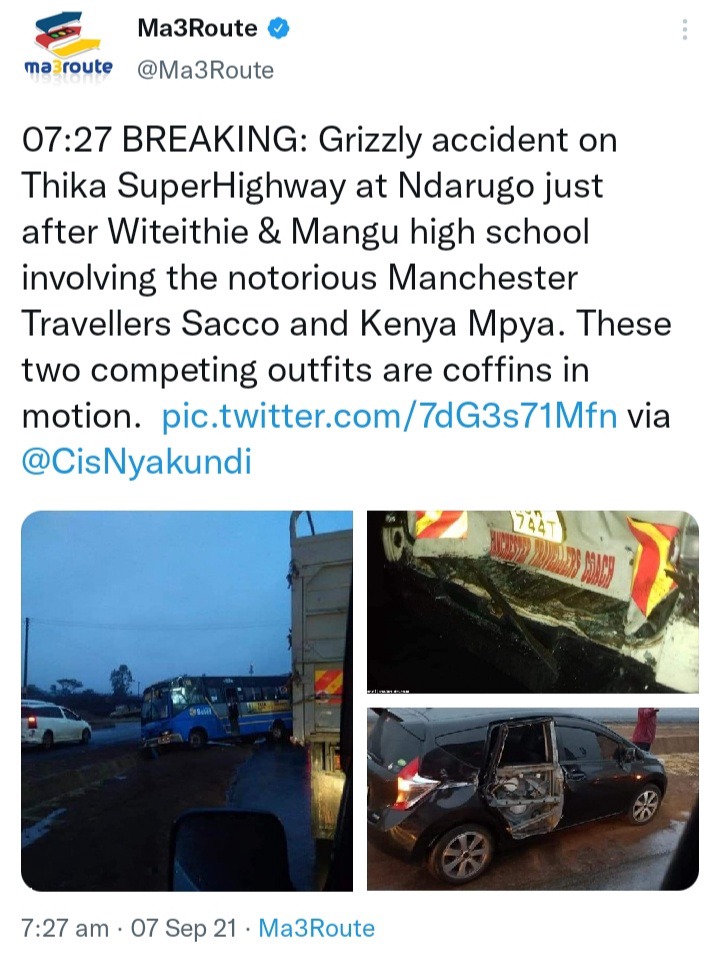 Police have launched investigations into the Tuesday morning incident. 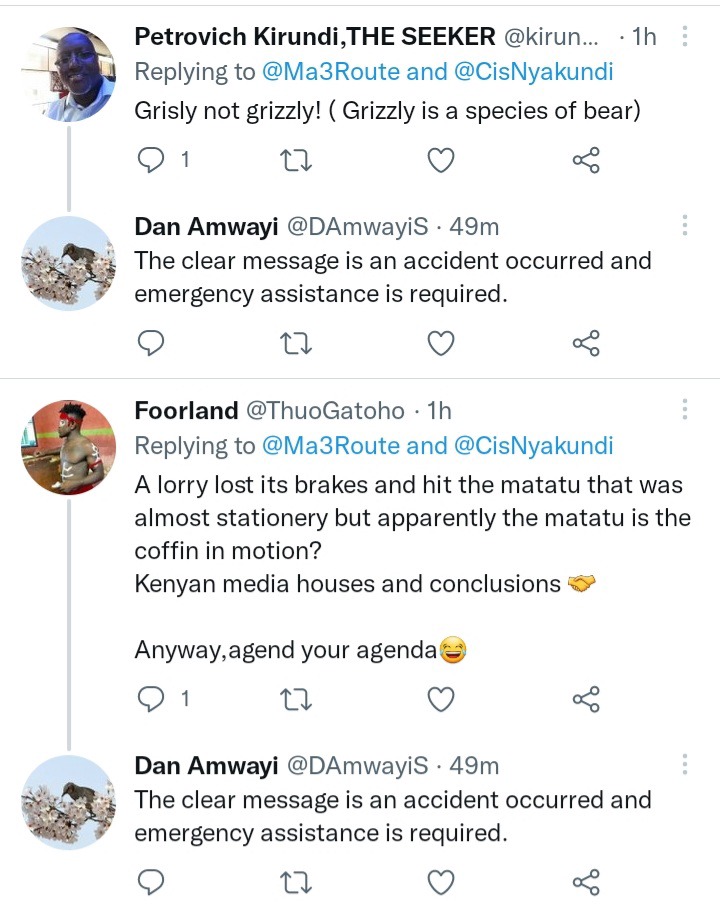