In a news report that has been shared by a reliable source of information, it has been revealed that the first case was witnessed after the 13 year old son of a renowned police boss allegedly killed himself using his father's gun.

According to the reports given by the renowned police boss, he claimed that he had left his gun on the sitting room and went to talk to his wife in the bedroom adding that it was when they were talking when they heard a gun shot.

On rushing out, it has been revealed that the noise came from the bedroom of the deceased who is reported to have been found dead in his bed.

In another incident, it has been revealed that the 19 year old son of a renowned business man has allegedly killed himself.

According to the reports given by a reliable source of information, it has been revealed that the deceased alliance Alegedly shot and killed himself using his father's gun after locking himself on the bedroom. 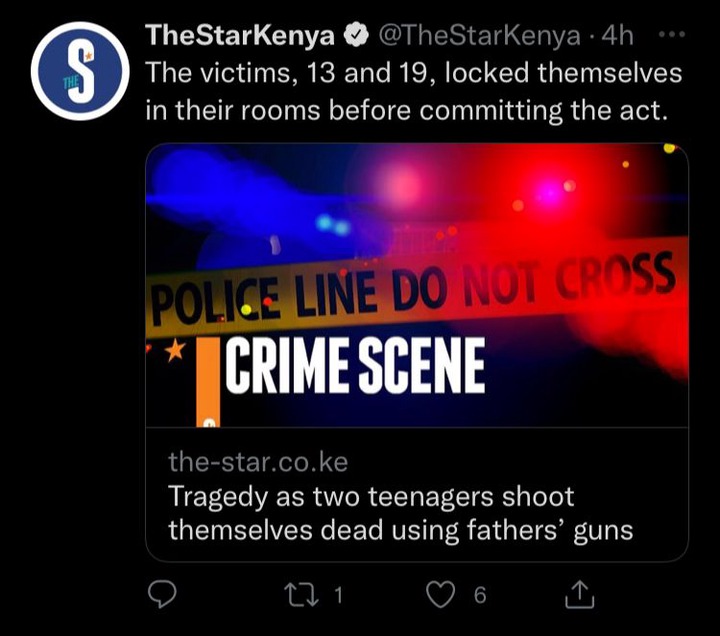