Tension High Over Murder in Kagamega

By The-people-daily-news.com (self media writer) | 10 days ago

- Tension Run high as a man is killed in Kagamega county.

- According to the report, the man's body was found in sugar cane farm in Nandi County.

- The Man in question had reportedly kidnapped and held captive by men who pretended to be customers.

Tension has run high in Kagamega county as a taxi driver man's body has been reportedly discovered in Nandi hours after his Kidnapping. 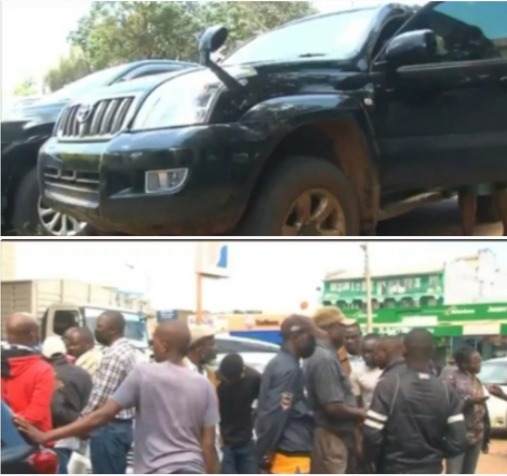 Reports says, before his disappearance, three people, among them one woman who pretended to be traveling customers escaped with a prado car belonging to the victim.

The prado was later found at Nambale in Uganda.

The assistant OCPD Danie Mukumbu has insighted that effort to bring the culprits to justice are underway. The case is now under DCI Kagamega branch.

Sande Akumba, the victims father, speaking to citizen Tv says he spoke to his son inthe wee hours of the night asking him if he will come back to which he affirmed - He never returned.

The troubled father again tried to call his son early in the morning but the call went unanswered. After sometime, the phone of the victim went off.

Kagamega taxi drivers says there are growing rate of insecurity in the region which Gilbert Olusiolo, a tax driver says is a well cabled network of close members.