By Shirowajomo (self media writer) | 1 month ago

A man identified as Benard Kiambi commits suicide in Buuri sub county in Meru sub- county by hanging himself. This has happened just a week after another man from Meru committed suicide after his wife left him.

However, for Benard the reason as to why he committed suicide is not known because according to his wife they had not quarreled, and they didn't have any issues.

According to an eyewitness he said that they were together in the evening before the fateful incident where they planned their activities. On the very day, he called him in the morning, and he confirmed that he was coming. Few minutes later he heard people screaming, he ran to the scene to see what was happening. Unfortunately, he found his friend hanging on a tree.

“I called him in the morning and asked him if he would come to complete his task. After 5 minutes, I heard screams before learning that he hanged himself" eyewitnesses said 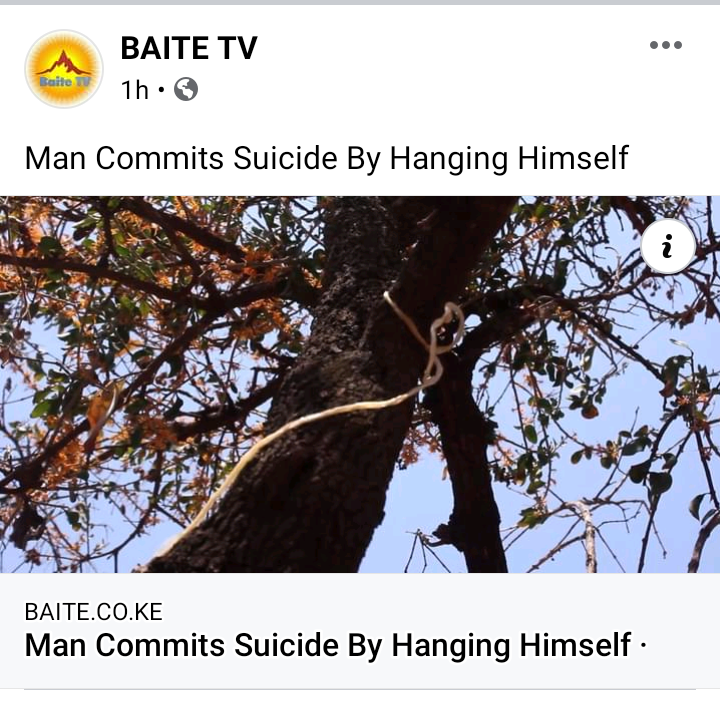 They called the police, who confirmed the incident. They took the body to the mortuary in the neighboring hospital.