By Okwama (self media writer) | 6 months ago 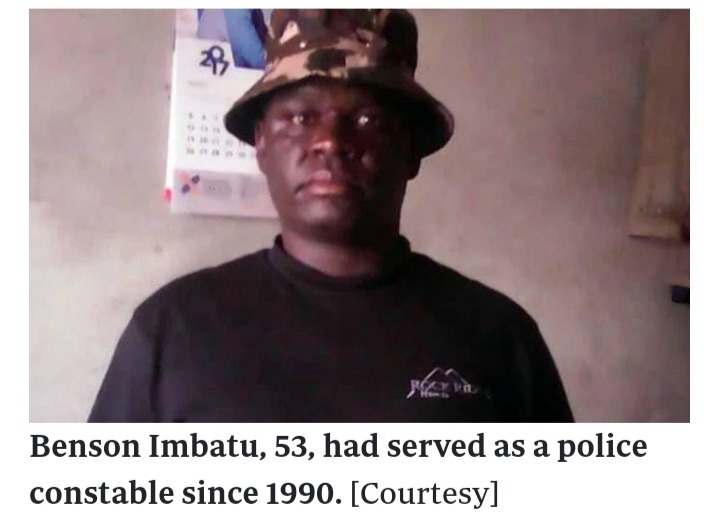 Police in Nairobi have revealed the last person who called Benson Imbatu few hours before he killed six people including himself.

Imbatu is said to have informed his cousin that he shot dead a youthful woman identified as Carol, with who he had been cohabitating with, and that he set to shot himself.

The 1.03am phone conversation didn't indicate the motive why he shot the youthful woman, whom he had been wiith in a relationship for three months.

At Kabete police station where Imbatu served for three years, his colleagues were still left wondering what might have transpired between Imbatu and his wife, who Dagoretti police commander Francis Wahome eulogised as kind man.

The 53-year-old father of three was very ambitious man. Most of the colleagues who spoke to the press said he was a very good man, whose actions and character was admirable.

His fellow officers also knew him as short tempered man and kept quite often.

The officers recalled a fight between the duo in September that saw Imbatu pulls off Carol’s hair.

So bitter was the scuffle that Carol filed the it at the station, but this was solved through court and the two were now in good terms. 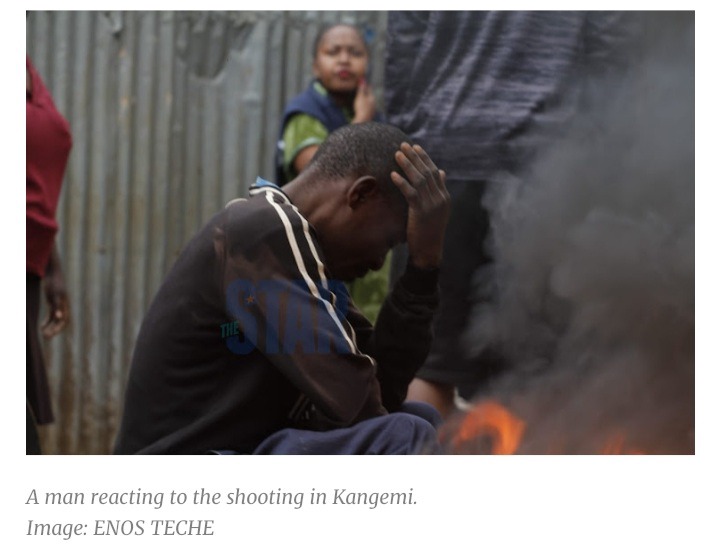 They again told of an argument in 2018 when Imbatu is said to have beaten and inflicted grievous bodily harm to a member of public was involved in a rent feud with his another man.

Imbatu argued with the rent defaulter and beat him badly and he was later rushed to the hospital for emergency treatment.

The case is reported to have been filed at the Independent Policing Oversight Authority and is still under probes.

Locals of Gichagi area in Kangemi argued that last Sunday, an enraged Imbatu raided a bar that the two were operating, where he brought alot of drama as he assault customers with his firearm.

He sprayed five bullets inside the drinking joint, damaging a TV set.

Police suspect that Imbatu’s ensued after he suspected that Carol was unfaithful.

The love journey started in September when Imbatu met Carol, who served in bar, his preffered drinking joint.

He convinced her and she stayed with him at an apartment in Kangemi, where he had relocated to on November 12.

As their love grew, Imbatu built a bar for Carol.

As time goes by, there relationship started to deteriorate.

All along, Carol promised Imbatu that she will remain faithful to him, but the police constable was unable to believe her.

Imbatu initially worked at the Inland Container Depot in Nairobi and the Presidential Escort Service during President Mwai Kibaki’s erra.

He comes from Idakho Village in Ikolomani, Kakamega County, where his better half and mother of his three kids stayed. 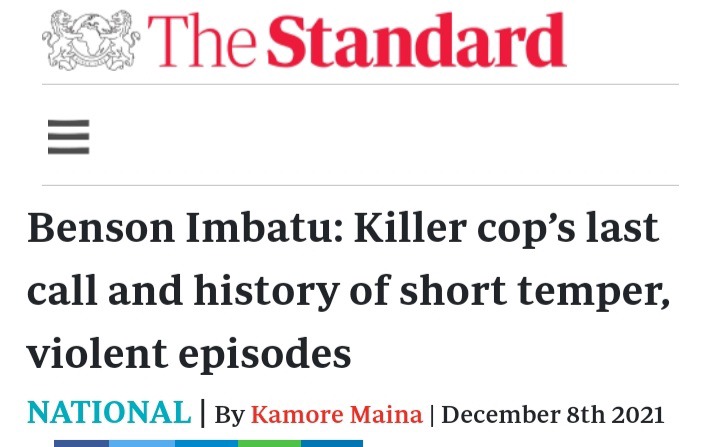