Turkana: Police Officer Allegedly Shot Dead By An Armed Civilian Who He Had Gone To Arrest At Kooni Village

Police officer was on Sunday morning shot dead by an armed civilian who he had gone to arrest at Kooni village, Turkana County.

Police said the incident happened on Sunday morning at around 21/11/2021 at 11am at koono village just few kilometres from the police station.

They were taken by the complaint and her spouse Peter Esekon. It was reported that just 30 metres before getting to the home of the suspect identified as Lokucha Louriyen, who hails from Turkana and believed to be in his late 30s, he came out in one of the Turkana traditional hut armed with an AK47 firearm started spraying live bullets sporadically. He was surrounded by several children and two women believed to be his wives. No. 235951 PC Simon Orangi was shot on the abdomen and right arm. 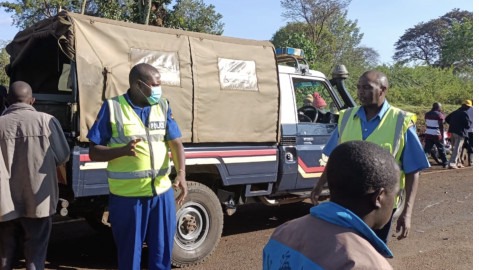 The Complainant's spouse Peter Esekon was shot on his leg just before his knee. The accused then disappeared into the nearby thickets. However, the Complainant survived the shooting incident.

The two police officers fought tirelessly and moved the two injured to lodwar County and referral hospital for emergency treatment.

The deceased, Police Constable Simon Orangi was pronounced dead on arrival at the same hospital.

Peter Esekon was treated and he is responding well to the treatments.

The firearm belonging to the deceased, Simon orangi service number 68006 AK 47, was seized alongside a bullet mark next the magazine slot.

The magazine had no rifle with 27 rounds. The crime scene toured by ten armed police cops together with Ocs. 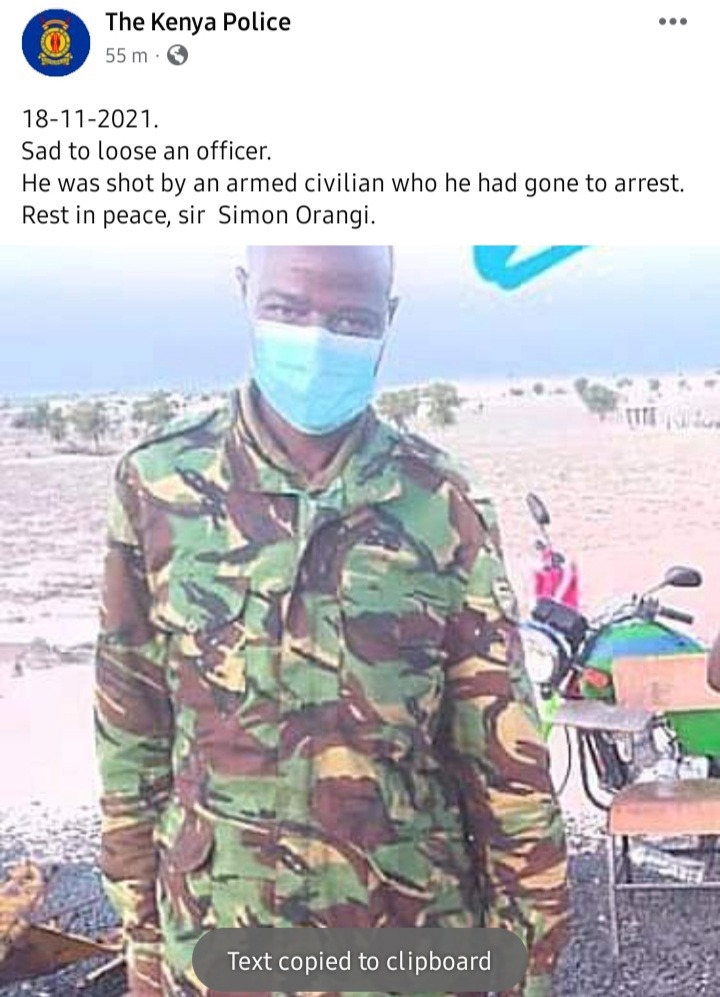