The Mysterious Life Of The Kisii Prophet -Sakawa 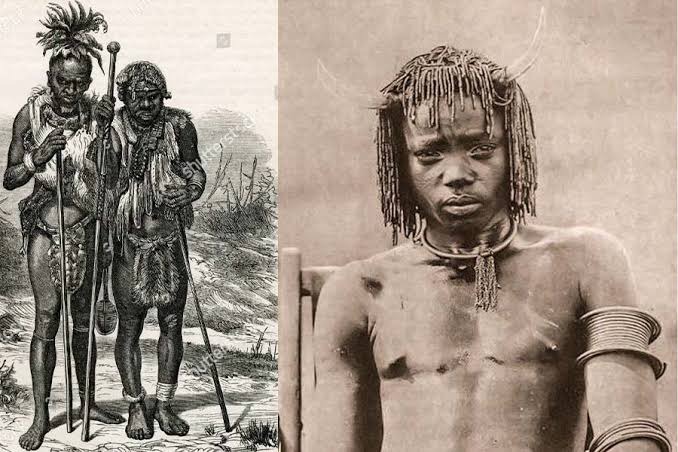 Sakawa Ng'iti was a Kisii prophet and foreteller. He was born around 1840 in Kisii in a place known as Manga. Since his childhood, Sakawa posed several mysterious gifts and amicable talent that had not been seen in the entire Kisii land. As a result of his gift to foresee the future, Sakawa rose to higher ranks in the Kisii council of elders at a younger age.

This famous legend used to cover himself using Matoke(Banana) leaves. His long hair grew over his ears and it is believed that he never shaved. He was a polite man and he rarely talked to anybody; many people mistook him to be dumb. Sakawa prophecied about several things that came to happen in the Kisii land.

Little did they know that Sakawa had foreseen their coming and had warned his community. Sakawa climbed Manga hills earlier in the day of the planned raid. It alleged that Sakawa sent vultures that attacked the worriers from the kipsigis, with the help of the mysterious powers of Sakawa, the raiders were defeated.

The legendary prophet also prophecied about the coming of the missionaries and the colonists. He predicted that the red community will invade Getembe and build Police Station, hospital, and other tall buildings. Sakawa warned his people insisting that the Abagusii should welcome the red people into Kisii land.

In 1905 his prophecies were fulfilled as the British invaded the Abagusii warriors and started disarming them.

It is said that Sakawa also predicted his death. Documented information shows that Sakawa gathered People and informed them about his death. He died the same he spoke publicly and was buried with all of his belongings.

Content created and supplied by: Trendhub254 (via Opera News )