Police officers from Nandi have arrested a man who is reported to have been taken to custody after he allegedly confessed to having killed his wife who he allegedly buried in a shallow grave in his backyard. 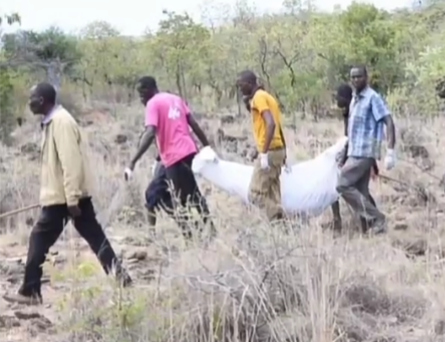 According to the reports given by a reliable source of information, it has been revealed that the suspect whose name is yet to be disclosed allegedly walked into the police station after which he confessed to what he had done and for this reason, he got arrested.

This is happening at the same time when the government through the Cabinet secretary of Health, Mutahi Kagwe has called upon kenyans to make sure they look into their mental health in order to reduce the increasing number of murder and suicide related to relationships which is currently on the rise.

While reacting to this incident, kenyans who took to their different social media accounts to express their opinions and suggestions on the matter have called upon the inspector General of police along with the director of criminal investigations to find a solution to the increasing cases of murder in the country.

According to the reports given by most Kenyans, they claimed that it was so unfortunate that the government is yet to do something about the increasing number of kenyans who are currently taking their own lives and at the same time killing others despite the fact that Alot of people are currently Loosing their lives on a daily basis. 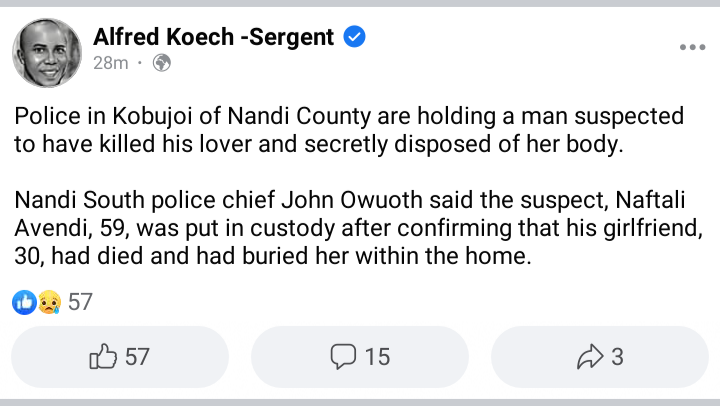