Fears abound in Uganda after a military Chopper was involved in a horrific crash at around 2pm earlier in the day when a blue UPDF helicopter with a female pilot crashed near Spennah Beach. Security personnel have cordoned off the area close to the scene of the crash where the wreckage of the chopper crashed. 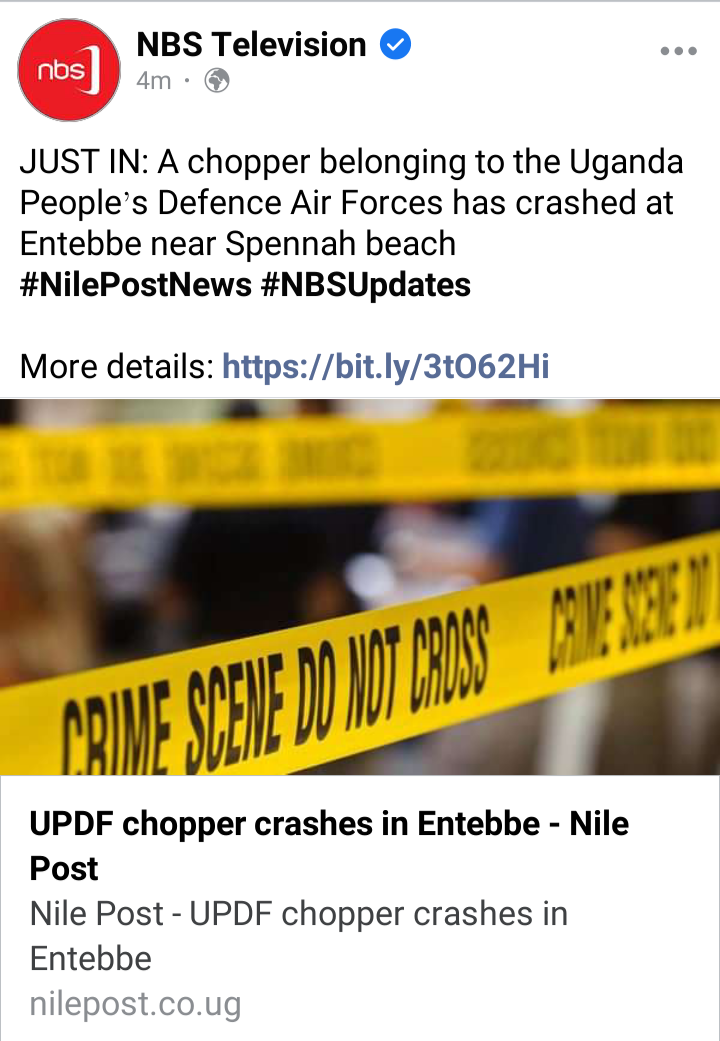 According to NBS Television digital news media platform, several ambulances were dispatched to the scene to help evacuate the injured to hospital as no word yet over the number of victims that were in the plane are forthcoming. The helicopter was from Entebbe airstrip and was said to have carrying senior military officials from state lodge Entebbe before it crashed.

Pictures from the scene showed the female pilot trapped in the wreckage but seemed not to have severe injuries. She is said to have been able to converse with medical personnel on the scene as they tried to remove her from the mangled wreckage. The Ugandan People defense forces have not issued a statement. 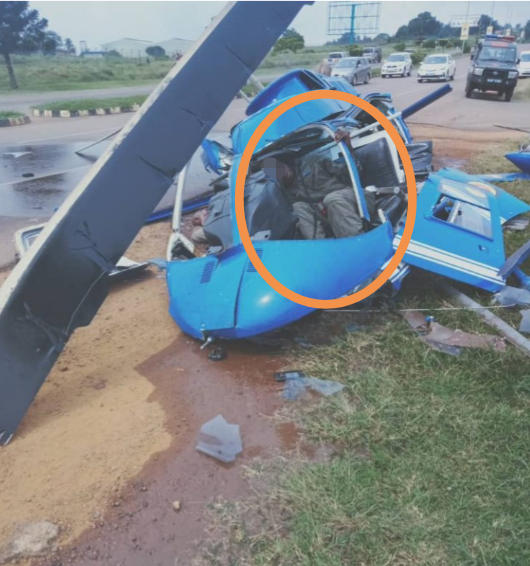