He First Removed All Her Clothes in Public Before Doing This, Wife of Cop Reveals Unknown Details

Joyce Ndunge, the wife of police constable Benard Sivo has revealed what transpired on Sunday night before her husband made his way into Njoro Sub-county hospital and killed his secret lover.

The incident which took place on 22nd August 2021, left people in shock since the behavior exposed by the police constable looked fishy. According to the deceased wife, he was at home playing with their children on Saturday night and later reported on duty at around 11 pm. Unlike any other day, he wore jeans and a civilian shirt covered his chest, and on top, he added a police uniform, this left his wife puzzled that she questioned why she dressed that way, the husband softly responded that he will explain everything after reporting to work.

According to a resident who saw the officer, he met his secret lover moments after departing from his house. Nyambura was in the process of closing her liquor store when the police cop beat her and removed all her clothes in public. A security officer nearby tried to calm him down as the witness tried to show Nyambura to run for her dear life. After the assaults, the young lady made her way to the hospital for medical attention.

The police officer then reported working at the Njoro police station. After a couple of minutes, the police officer then excused himself from duty and headed to Njoro Sub-county hospital where his secret lover had gone for medication. According to Fredrick Ochieng' a regional police commander in Rift Valley, the wild cop fired at the helpless lady in the presence of two medics and a security officer who ran away thinking they were next.

After killing the girl, he made a call home confessing to his wife what he had just done, he said he had killed a woman who had been causing sleepless nights in their marriage, he then headed back to the station and warned the other police officers from leaving their houses. Earlier, his wife had warned him against harming himself, she had told him to surrender the gun and all would be fine, but he did not seem to take any of her advice.

When the wife saw him, she hid near the OCS's house, he then stormed the house and picked their daughter, he then asked his wife to come before he does something terrible, fearing the life of her daughter, the woman made herself visible but the officer shot her thinking that she is an officer. Luckily, he missed, the already afraid lady fell on the officer's legs and begged him not to do something terrible. The already wild cop answered that he needed her alive because she was the one he is leaving to take care of the kids.

The cop continued shooting in the air several times for approximately one hour or so, the other police officers positioned themselves in a strategic position to disarm Sivo. Luckily, he pleaded with his wife to take their daughter back in the house who went ahead to call other relatives informing them of what had transpired. At around 2:30 am, Sivo realized that he was heavily surrounded by police officers and that is when he decided to take his own life.

On that fateful day, it is said that Sivo had not taken any alcoholic drink and acted friendly towards his wife. According to the deceased wife, she used to call the side chick and she always said that she had parted ways with her husband. 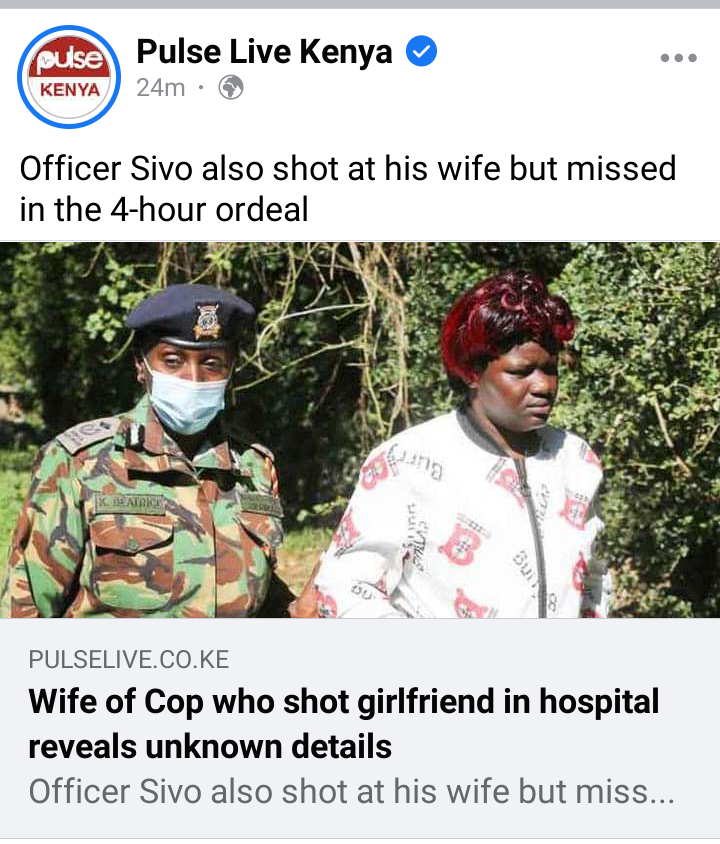 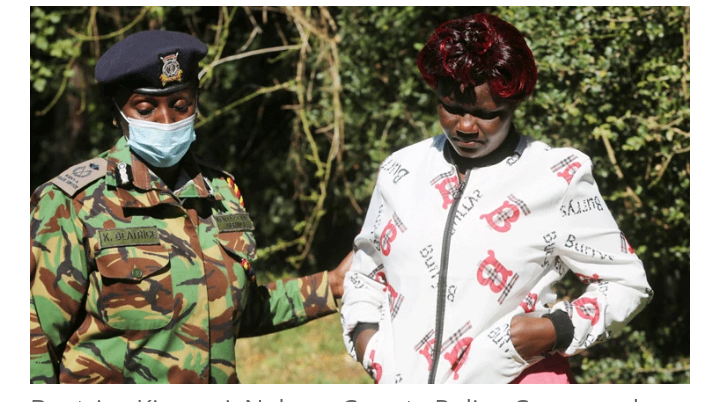 "Polisi Ndio Dawa Yenu" Daylight Drama As Robbers are Cought On Camera Doing This To A Poor man.