By STAR_UPDATES (self meida writer) | 18 days 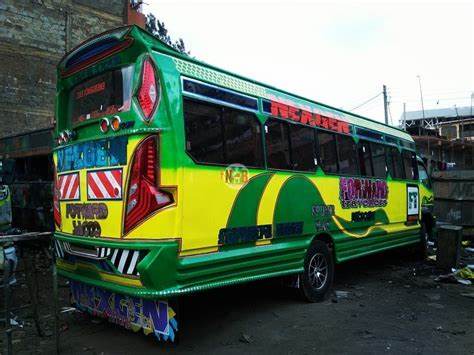 2 passengers are nursing serious injuries after being beaten by two men who started a fight inside a forward matatu that was heading to Kayole.

According to reports, the 2 unknown men got into the Matatu at Makadara and started arguing in what it looked like a family dispute. The men attracted the attention of other passengers where one of them told them to sort their differences once they reach their destination.

The men did not hear them and instead started exchanging blows as the vehicle was still moving. They stood up knocking at each other. One passenger was hit after the fighter missed his target. The woman got an injury on her eye. The other victim was a man who tried to stop the two men from fighting where he was knocked away hitting a nearby seat with his hand..

Other passengers got very angry and they assisted the conductor to hold them as they resolve the dispute. They later learnt that they were fighting because one of the brother was sleeping with his brothers wife.

They were forced to pay for the damages thet have caused on the matatu including the medical expenses for the two injured passengers.

Content created and supplied by: STAR_UPDATES (via Opera News )

Why do MMA fighters try to Punch behind the Ear?

Betrayal Of Country Or A True Messi Fan? Brazilian Star Who Supported Argentina During Copa Finals

7 Reasons why some men never cheat on their women.