Two Ladies arrested In Mwea For Stealing From A Drunk Man in Mwea, Kirinyaga County

By Ericknewswritter. (self meida writer) | 27 days

Two beautiful women have been arrested today for being suspected of theft. The two were accused of dragging a drunk man in Mwea before robbing him unknown amount of money. As per the Mwea Police post commander Daniel Kiatavi the two are suspected of draging the man from the local bar in Ngurubani. 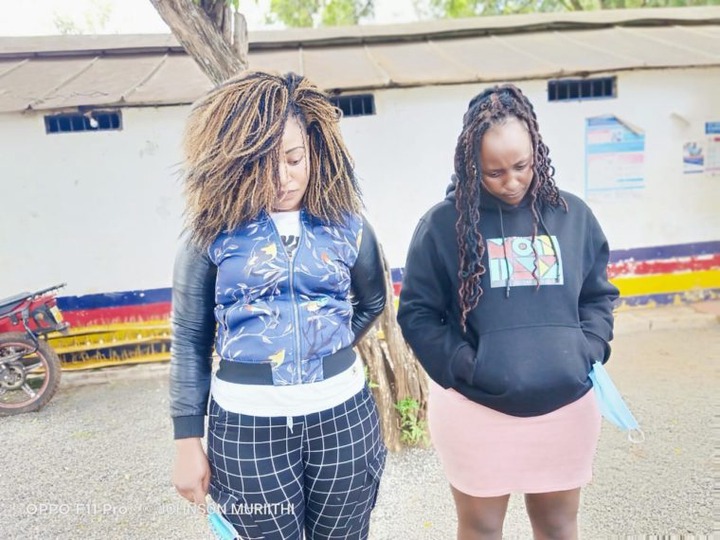 The two were arrested after taking away the ATM Card from the drunk man. Later they proceeded to the bank to withdraw the cash.Upon visiting the bank, its when the police noticed their theft intent and arrested them.

The watchman guarding the lodging, saw the two disappearing and noticed nothing. Its after the bank security officers manning the bank arresting the two noticed they were thieves. The watchman had to restrict entry into the lodging till the police officers arrived for an investigation.

Mr Kitavi confirmed that his police officers took the man to the private health facility and he is recuperating well. Its suspected the two used sleeping pills to blindfold the victim. So far the man has recorded a statement concerning his robbing and the two are to be presented in court on Monday.

The two are suspected of stealing from men im the Mwea area after getting drunk. They are expected to be presented in Wanguru Law courts tomorrow. Cases of women robbing drunk men in Central Kenya are on the rise. In the last two weeks, also two women were arrested for using sleeping pills to steal from drunk men. All men should be on the watch so that they dont fall victims of such thieves.