BREAKING: End of The Road for Serial Killer Musten Wanjala as Bungoma Residents Lynch Him

By hagginsMedia (self media writer) | 1 month ago 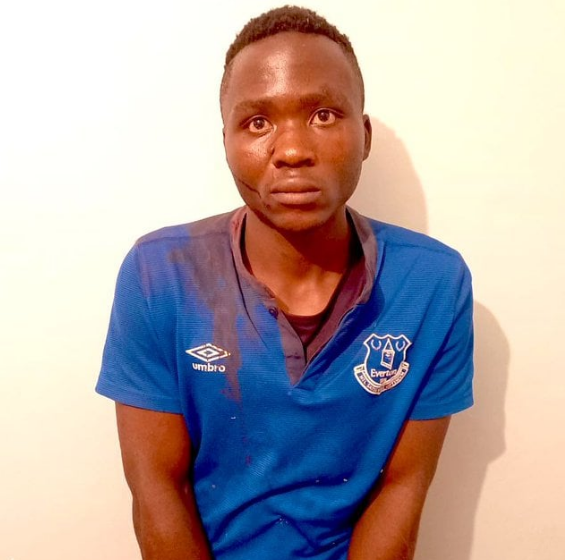 Self-confessed serial killer Musten Wanjala who hit the headlines this week has been lynched by a mob. The killer made news yet again after he allegedly escaped from a police custody in Jogoo Road Police station.

Wanjala was pending arraignment at the court to answer for his crimes. However, before the court day arrived, he was reported missing. His escape news prompted a country-wide search as police officers who were on duty were summoned to answer how he escaped.

And now, Tuko has revealed that the assailant has been killed by an angry mob in Western part of Kenya, Bungoma county. The news of his death has been received by mixed reactions from Kenyans. 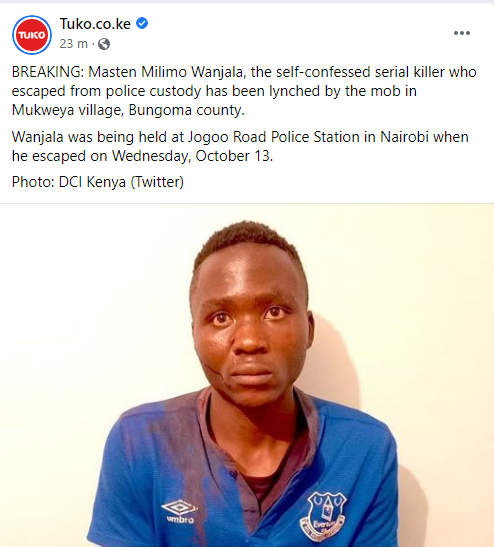 Dickson Ndirangu: "Justice has been done. An eye for an eye a tooth for a tooth. When mob justice is only true justice". 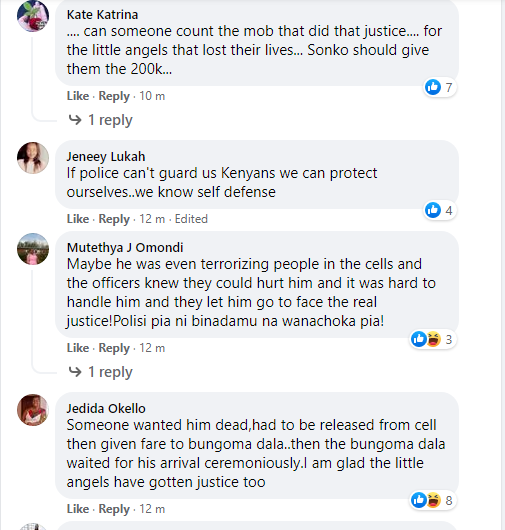 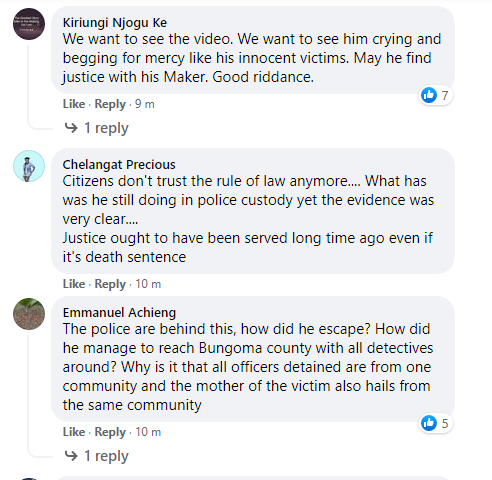 Ruto Speaks Amid Threats from Governor Joho, Alleges Why He Parted Ways With Raila (VIDEO)