By Djrhymez (self meida writer) | 12 days Police Officers are investigating a horrifying incident where a young man, Lameck Otieno Oruma, a young humble man, orphaned from an early age died in Mamboleo Kisumu, where the cause of death said to be Electrocution.

As reported, an electric pole fell AT NIGHT, and after work at 11 am, he went to wash his feet at a stream nearby, but the water was somehow connected to an electric wire, and that is when he was electrocuted.

According to the famous Collins Omondi, the young man was his cousin and he has received the news of his untimely death with shock. 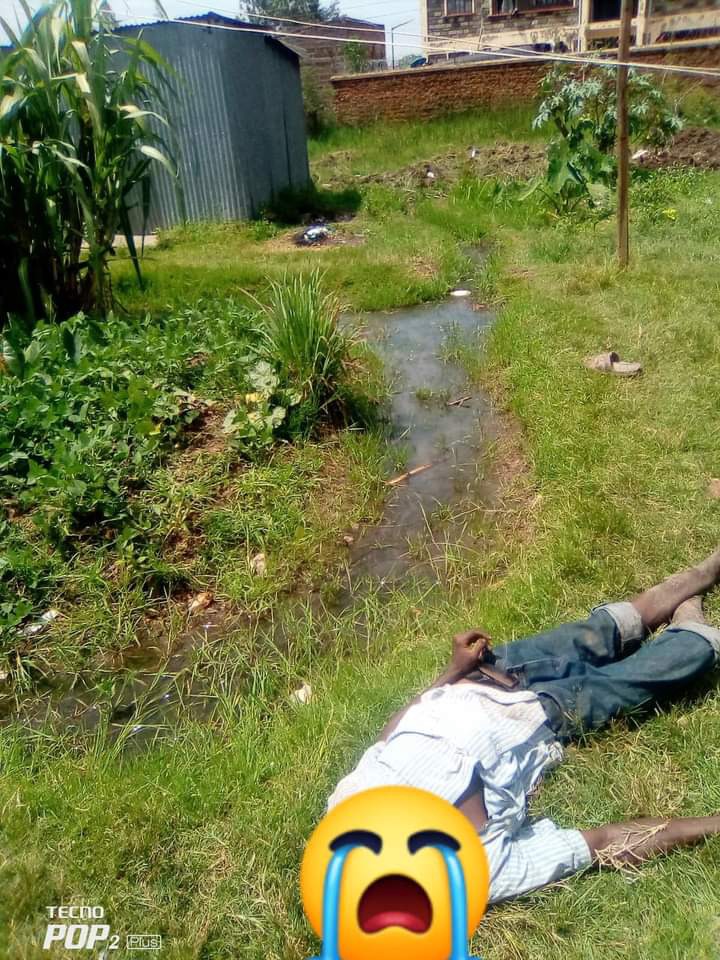 I can only imagine the number of deaths that might have happened if he was not the "sacrificial lamb". The saddest part is that we, the family received the news a week after his death because there was no identification on him. Am broken🥺🥺.

He was my student in his high school when I was a BOG teacher at his school and used to visit me regularly just to check up on me. Rest well bro, tutaonana baadaye😭😭😭😭😭.

This incident has occurred barely months after a mother and her months baby were both electrocuted to death in Kwale.

The Kenya power was put on the spot for their deaths, many called for all responsible for the shocking negligence to be held accountable.

This is not the first time that innocent Kenyans have long their lives under similar circumstances.

Kenyans across the internet have called for the company to be held liable for the young man's death. 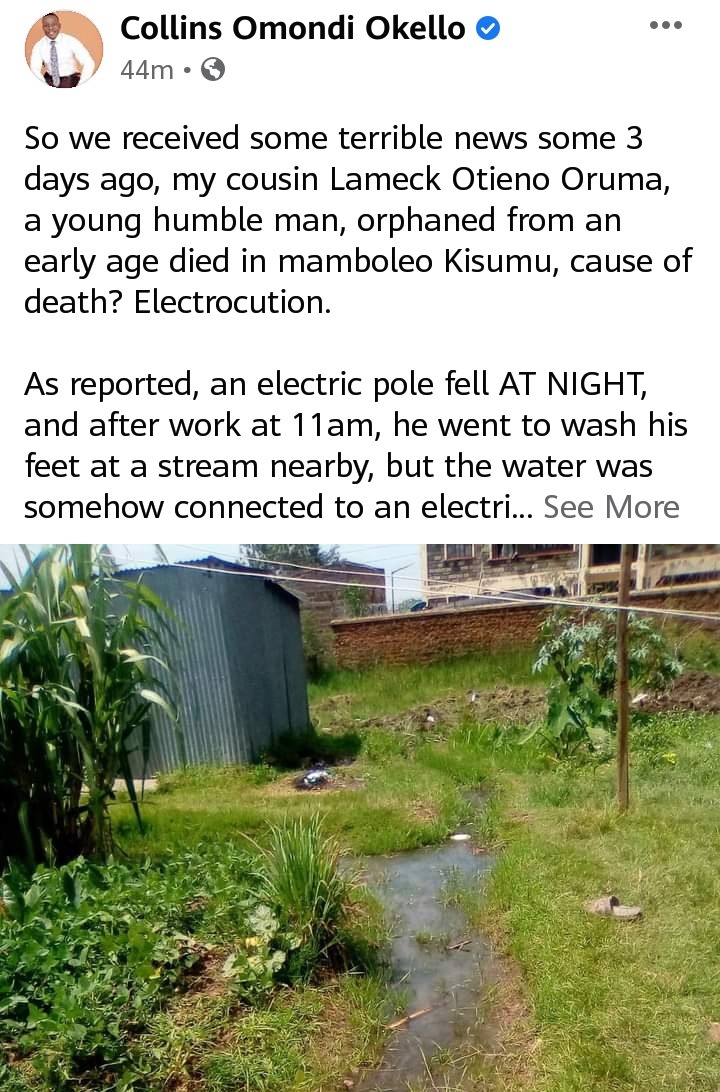