Julliet Mutua, a woman who is reported to have survived the Kitui Bus Tragedy by chance has narrated or rather revealed how she escaped the accident after the driver of the vehicle allegedly left her on the other side of the road. 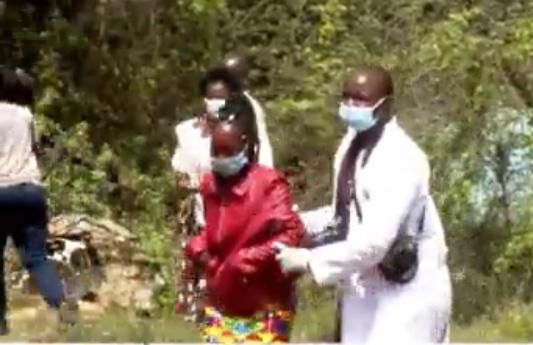 Mutua who is the daughter of the man who was supposed to renew his wedding vows or in short, the bride groom has claimed that she was among the few people who survived the deadly accident they that claimed over 33 lives by chance.

In her own words, she said that she had gotten into the bus before she realized that she didn't have her face mask and for this reason, she rushed back to her private car which was parked on the other side of the road.

This was followed by a dramatic scene after the bus driver allegedly left her. Her attempts to get to the bus was made hard due to the fact that the bus had already left her. She would later be forced to watch as the bus went down as she screamed in pain.

"I, was supposed to be in the bus. I had even gotten in. I just got out on order to get my mask from my car. The bus frcief driver left me. I tried to chase it but it had gone too far. I can't and will never forget this day because I saw most of my family members dying like I have never thought I would. I think it was not my time because other people didn't have their masks on too", she said.

In the latest news on the incident, it has been revealed that the total number of people who reportedly succumbed or rather drowned in the tragic accident have gotten to 33 after 8 more people were pulled out of the river. 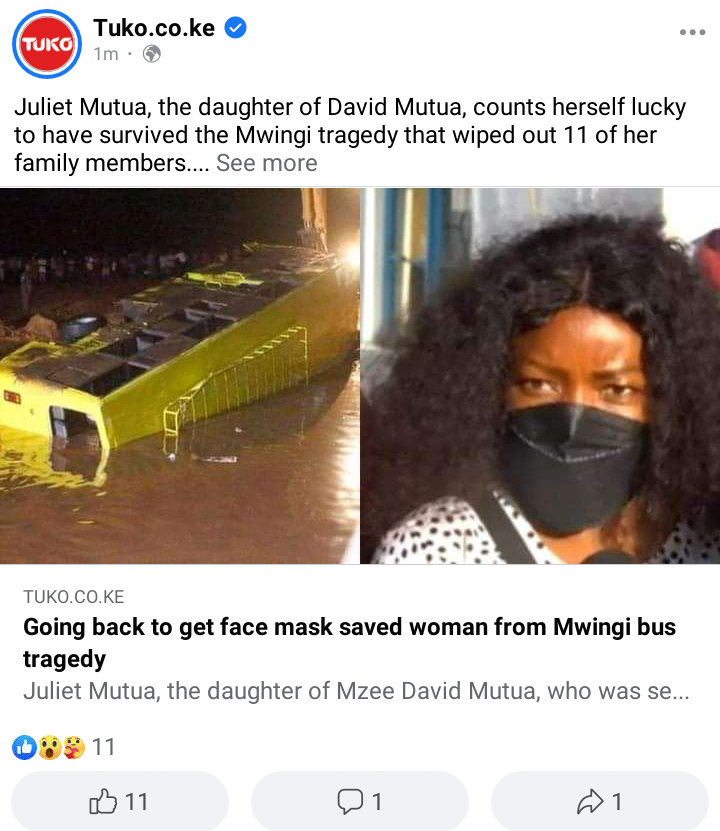 Several People Injured in a nasty accident involving a matatu and lorry along Kangundo road.