Hawk-eyed detectives from the Directorate of Criminal Investigation have arrested two suspects in connection with felonies in Langata area of Nairobi. In a statement on Tuesday, DCI said the two were arrested in Langata and a few weapons seized.

“A male suspect masquerading as a woman was among two suspects arrested this morning, as they prepared to commit a felony in Langata. Peter Omwema Momanyi aged 24 was arrested dressed as a woman alongside his accomplice John Muchiri aged 25 after they defied Police orders to stop. One of the officers who arrested them had noticed there was something amiss with the appearance of the suspects,” DCI said. 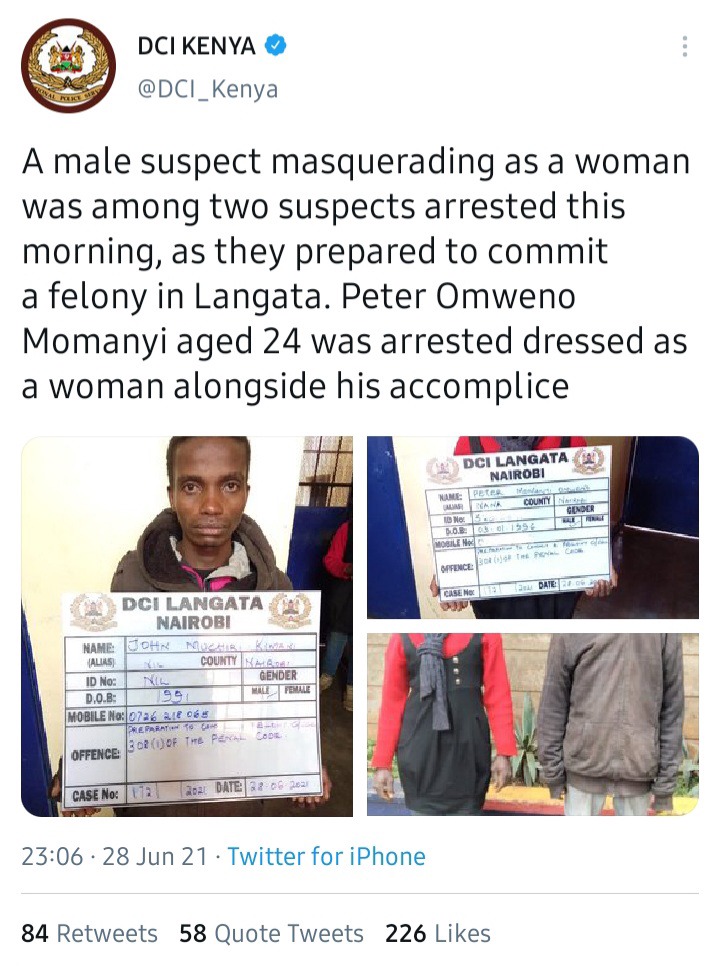 The sleuths also say the two were arrested a few meters past the Mbagathi Bridge and crude weapons seized from them. One suspect, Momanyi, had with him a knife and chain hidden in his waist. 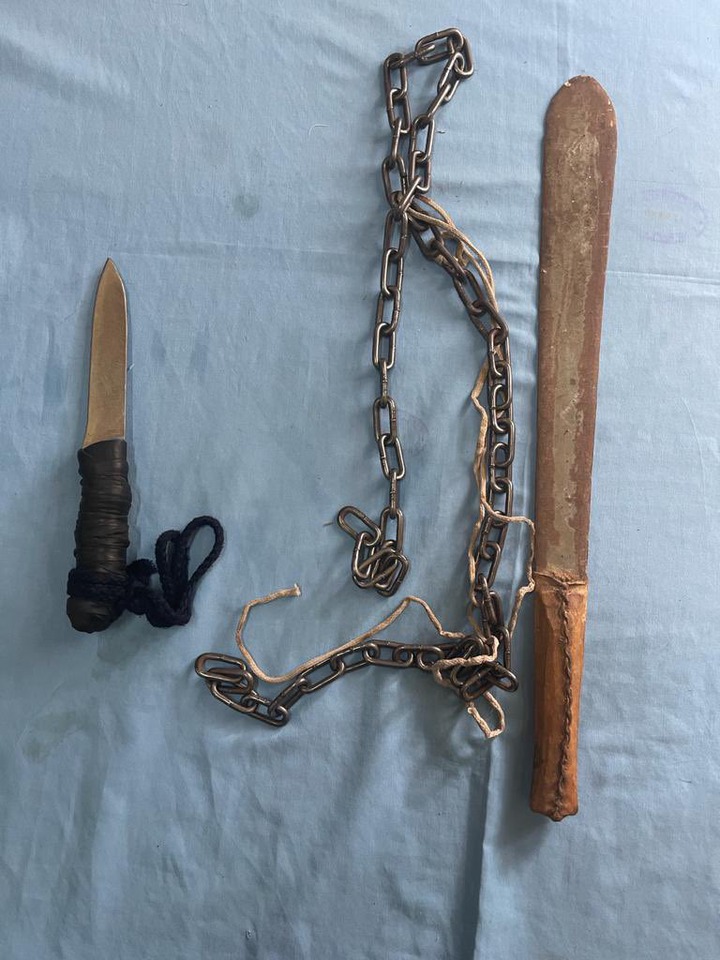 The two suspects have since been placed into custody awaiting arraignment in court today. 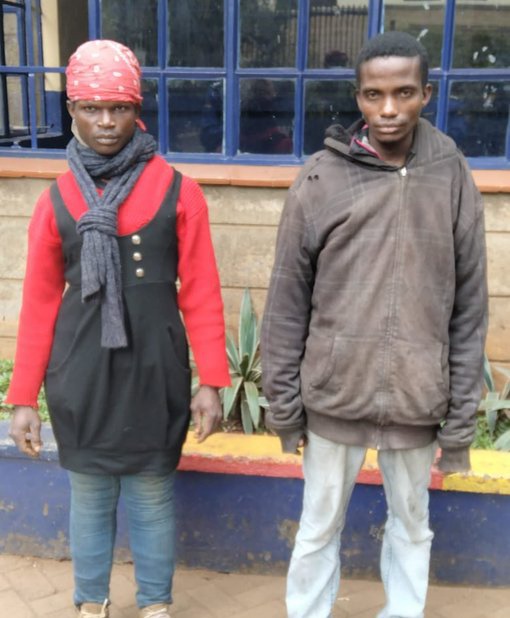