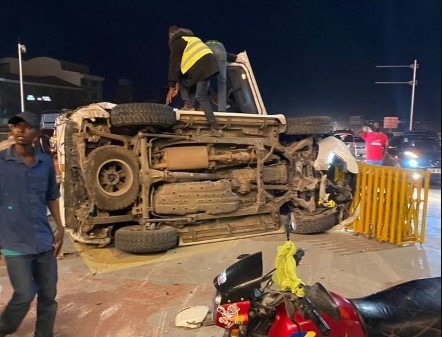 Just a few weeks after the last accident, another accident occurs at the same spot at the Nairobi Expressway Mlolongo toll station today, on Monday, July 4th.

According to witnesses, the accident happened immediately after a Kitengela-bound bus belonging to Embassava reportedly rammed into a private car that was waiting to be attended to. 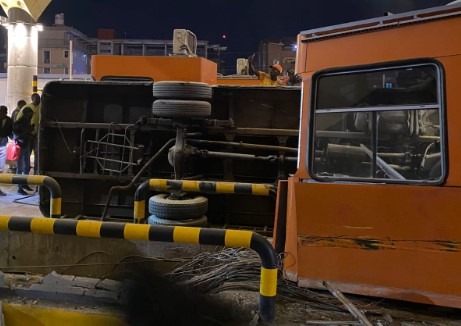 CCTV footage has also revealed that the driver of the minibus lost control running into the Toyota Prado leaving many injured.

The Kenya National Highways Authority (KeNHA) in a statement has confirmed that there are many people who have been injured so far and the police officers are already at the scene to attend to the wounded.

“Multiple injuries have been reported, and traffic police are attending to the scene,” The KNHA authorities said. 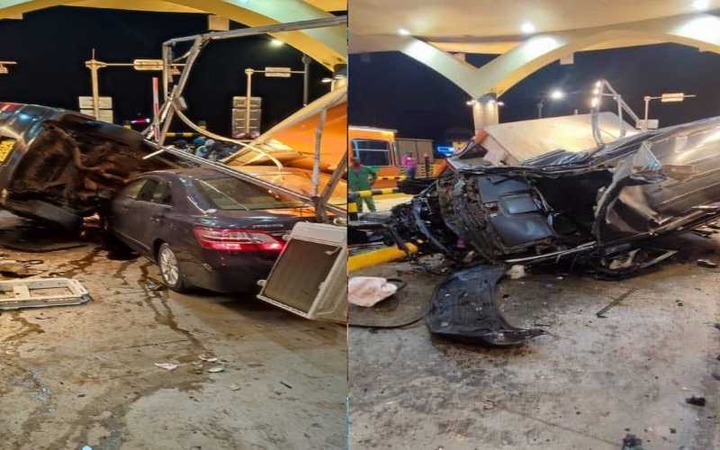 From the photos shared on various social media sites, the expressway toll station booth has been extensively damaged and other vehicles involved overturned.

As some people are feared dead, this reminds us just how fatal another accident that happened at the same spot left one person dead.

One person died almost a week ago and scores were injured after a motorist crashed into the toll station at Mlolongo Exit on Saturday, June 26, as workers at the Nairobi Expressway said. “The motorist crashed into the Toll Plaza and ran over other vehicles being cleared to exit. Consequently, the vehicle knocked one toll booth and injured one toll attendant besides the other motorists,” KeNHA said.

Kenyans on social media are furious at how some drivers are becoming reckless and overspeeding on the expressway roads which is a major contribution to these accidents.

Chebukati and his team prepare the ground for the announcement of the final presidential results.

Tragedy: Matatu Collides With A Donkey Following Death Of Four People After Overtaking Another Car

Why There's No Easy Relationship

Four People Die, Several Injured After A Matatu Hit a Donkey and Swerved Off The Road