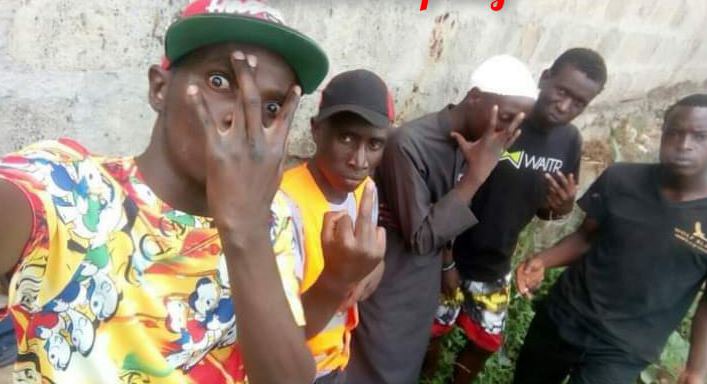 Nairobi based killer cops are on high alert after a youthful suspected thug based in Kariadudu in Nairobi threatened to kill a man said to be one of the tenants.

In a viral video shared by one of the Hessy was Dandora's team member, Saigonpunisher James, the suspected thug only identified ss Frank is seen issuing threats and warnings, saying he was ready to go back to jail.

He was seen threatening to kill a man said to be one of the tenants on their plot. However, it is not clear why the young man wanted to kill the man. 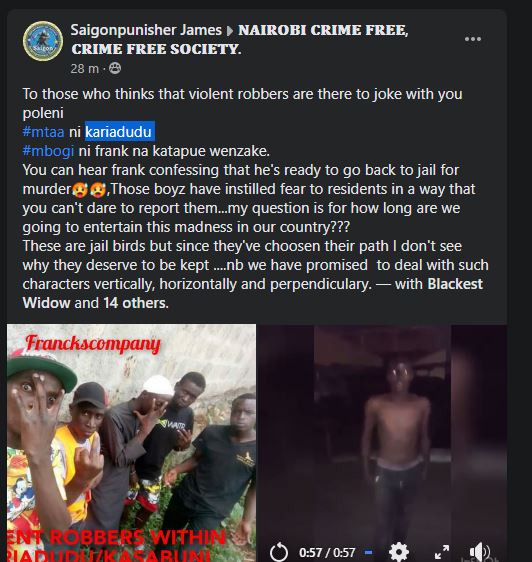 While sharing the video on social media, Saigonpunisher James noted that Frank and his team members have installed fear in residents in a way that none of them dares to report them when they commit crimes.

The undercover cops have issued a warning to Frank and his team, that their actions will attract consequences of their kind.

"We have promised to deal with such characters vertically, horizontally and perpendicularly," the officer said. 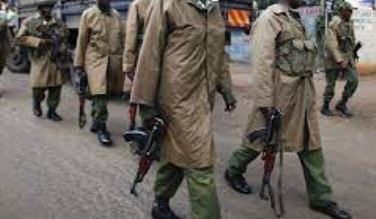 Cops on foot patrol at past

The killer cops are best known for using social media to warn suspects, and when they don't reform in time, they are dealt with accordingly.

Finishing the Season in the Top Four Would be Big Success, Says Fabinho

The Magic in a Greenhouse

Type Of Skirts Young And Curvy Ladies Should Wear

Avoid Dusted Grains to Keep Away From These Health Problems. Here is the Alternative

The Purpose of This Little Water Which Is Always Left After Flashing Toilets.