By SamwelOnyati (self media writer) | 19 days ago

New details have emerged on the whereabouts of two couples who had earlier jumped from a storey building in Mtawapa,Kilifi county,neighbors who spoke to a digital media company disclosed that they had a bitter exchange of words before they resorted in committing suicide,the two had allegedly fought before neighbors heard a thud in their parking lot,speaking today they revealed that they had Ms Nyokabi telling his fiancee that if he dares jump she will follow him as an altercation continued a bang was heard then a second one followed. 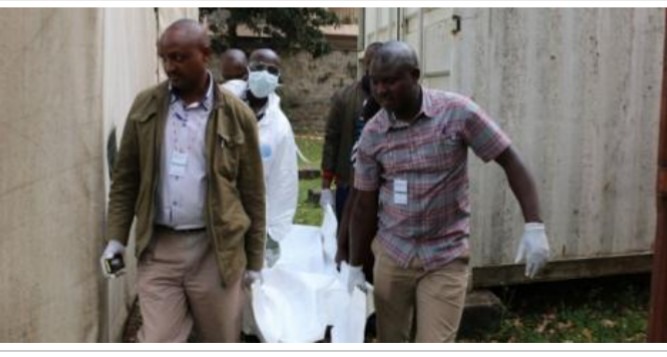 However they blamed medics who delayed to arrive at the crime scene saying that if their were attended to then both of them could have survived,there neighbors narrated the ordeal by saying they only heard alarms from cars after a heavy fall was first heard,when police arrived at their home they found a glass table that was broken when the two were embroiled in a physical fight.

Friends and relative are still reeling in shock trying to establish what might have happened between the two lovers,currently investigations are underway as funeral programme already taking shape.