Suspected Burglar Shoots Police Officer Dead And Injures Another One In Kahawa West.

The two officers were pursuing a suspected burglar identified as Ibrahim Ali Mwarabu alias Stepa, in Kahawa West at the time of the incident. 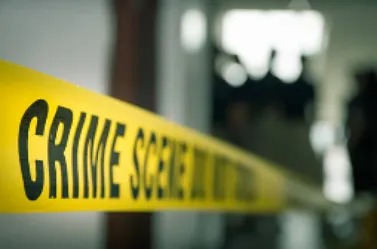 According to a police record, the suspect resisted arrest and fired shots at the law enforcement officers.

During the attack, the suspect scaled a perimeter wall, ran for refuge inside an exposed septic tank, and began firing randomly at the police

He wounded one of the officers in the collar bone, while the other officer was instantly killed by the gunshots.

"He was ordered to surrender; however, he retaliated by shooting at the officers where CMM NO.224263 SGT Grevious Otieno of Lungalunga police station was fatally injured and PC Nicholas Kiremi of Industrial Area Police Station was injured near the collar bone," part of the police report read.

Later, reinforced cops from Kahawa West and Kasarani cornered the suspect and shot him dead.

Police recovered a Czeka Pistol with one round of ammo and two spent cartridges from the scene. While searching the suspect’s house, the police found a handmade gun capable of firing under his mattress.

The injured police officer was taken to Kenyatta University Teaching Research and Referral Hospital, where he is currently in stable condition.

The body of the deceased officer was transported to Kenyatta Memorial Home and the body of the suspect was taken to City Mortuary for identification.

Five Cars Belonging To Footballers Set On Fire After Defeat