Inside the modern Nairobi Railway Station, which was designed by a British firm.

By Joshuandibui (self media writer) | 4 months ago

Kenya is preparing to renovate the Nairobi Central Railway Station after the United Kingdom (UK) revealed drawings for the new-look station.

President Uhuru Kenyatta requested the redesign of the railway station during his trip to Europe in January 2020, as shown in a statement released by the UK High Commission in Nairobi on Tuesday, January 18.

The project is being managed by Atkins Global, a UK firm, in collaboration with Howard Humphreys, a Nairobi-based consultancy that specializes in project design. Both companies have a long history of engineering and project design.

The renovated station is part of a larger initiative to revitalize Nairobi's Central Business District. 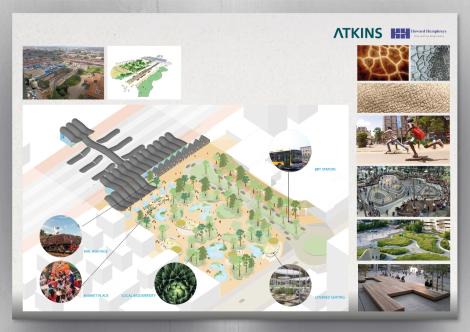 Nairobi's new Central Train Station and related public domain, which will serve as the focal point of Nairobi Railway City, has been awarded to Atkins Global of the United Kingdom.

"It is a landmark project to rebuild Nairobi's Central Business District, which was begun by President Kenyatta, who personally requested UK funding when he met Prime Minister Boris Johnson in January 2020," according to the statement.

The station will occupy a larger land mass in the new designs, with sophisticated shades and a glass-built waiting area.

It will also include a market, local history, a covered sitting area, and a part for Bus Rapid Transit (BRT). Trees will cover a portion of the region as well.

Vicky Ford, the UK Minister for Africa, said during the relaunch of the British International Investment (BII), now known as CDC Group, that the two countries' partnership was prepared to provide better outcomes.

Howard Humphreys, which is collaborating with the UK to complete the project, has a track record of handling high-end projects in Nairobi.

Among these are a terminal at Jomo Kenyatta International Airport (JKIA) and the Two Rivers mall. 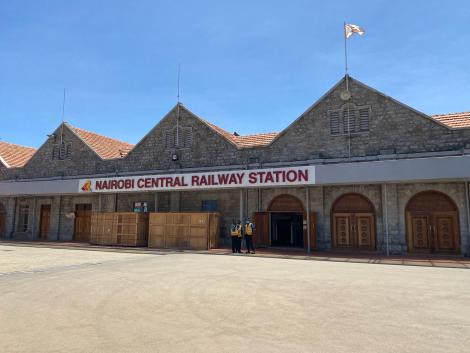 Content created and supplied by: Joshuandibui (via Opera News )

How To Make Some Fast Cash In Kenya During The Election Period.

Nairobi Expressway Bows To Pressure, Announces The Following To All Kenyans As New Details Emerge

How To Use The Nairobi Expressway For Manual Toll Collection (MTC) And Cash.

HAPPENING NOW; Westlands Brought To A Sudden Stop as Standoff Ensues Between Police And Matatus

Was The Killer From Kajiado? DCI Reveal More Information On Assasin Who Shot & Killed Kasarani Man