By PoliticosamiNews (self media writer) | 1 month ago 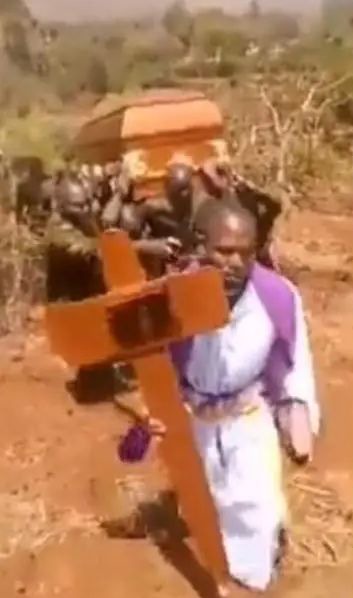 There was drama in Igembe, Meru county after family members and neighbours refused to bury their kin.The burial was slated for a GSU officer who was killed in a bandit attack while on patrol in Turkana county.

Fellow GSU officers had to bury the slain officer alone with no family members,friends or neighbours in the vicinity. 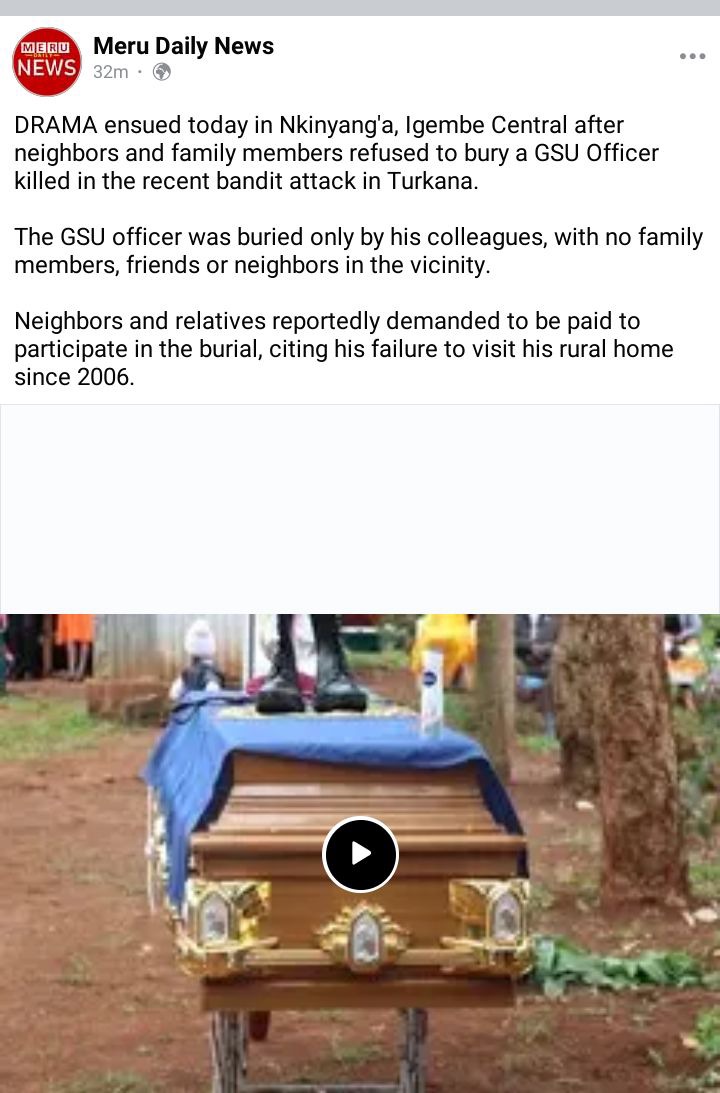 Local media reports indicate the relatives and neighbours were demanding to be paid before they could participate in the burial.They claimed the dead GSU officer had failed to visit his rural home since 2006 when he was recruited.

"Neighbors and relatives reportedly demanded to be paid to participate in the burial, citing his failure to visit his rural home since 2006," a local publication reported.

The incident that claimed the officers life occured last month and where several security officers,a chief and a peace crusader lost their lives. 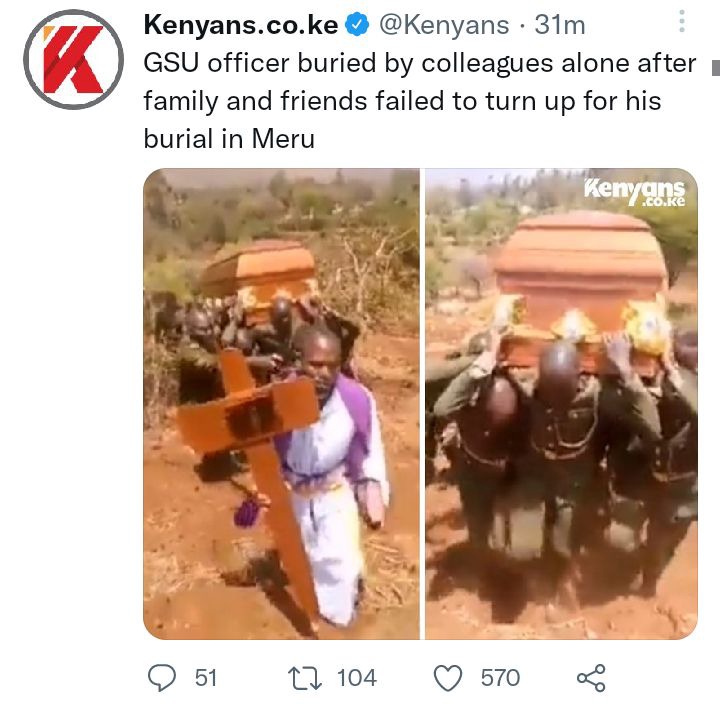 The unfortunate scenario has elicited mixed reactions from various quarters as shown below; 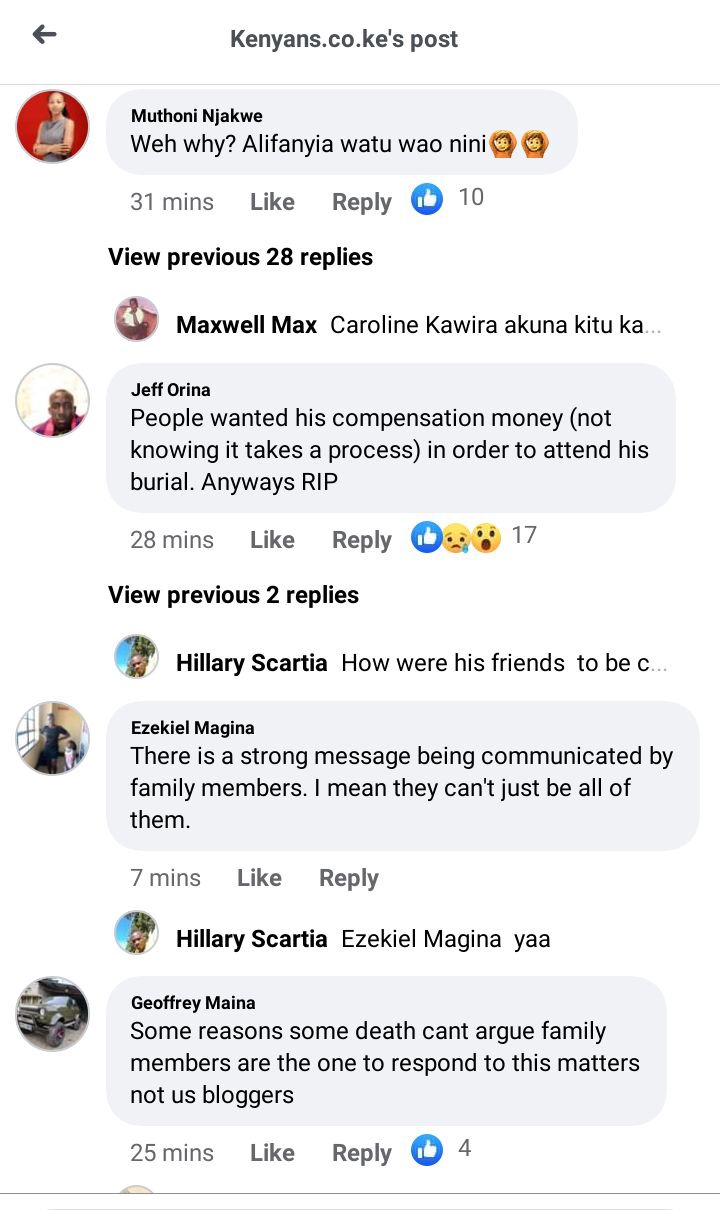 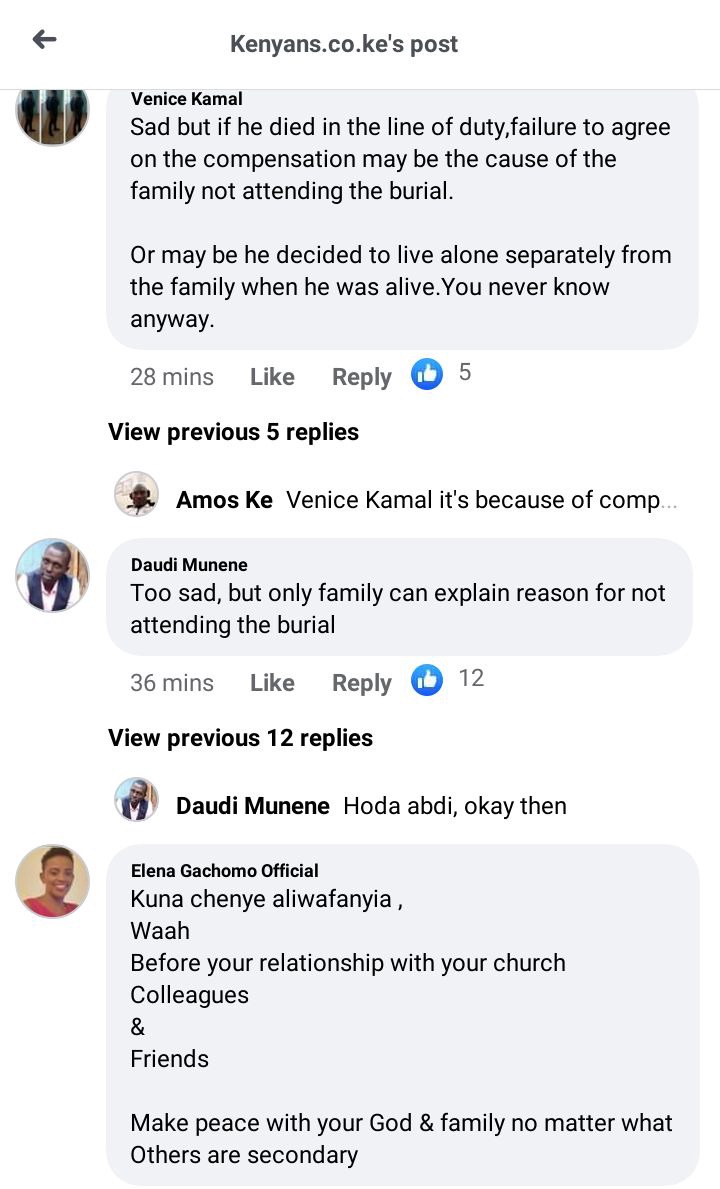 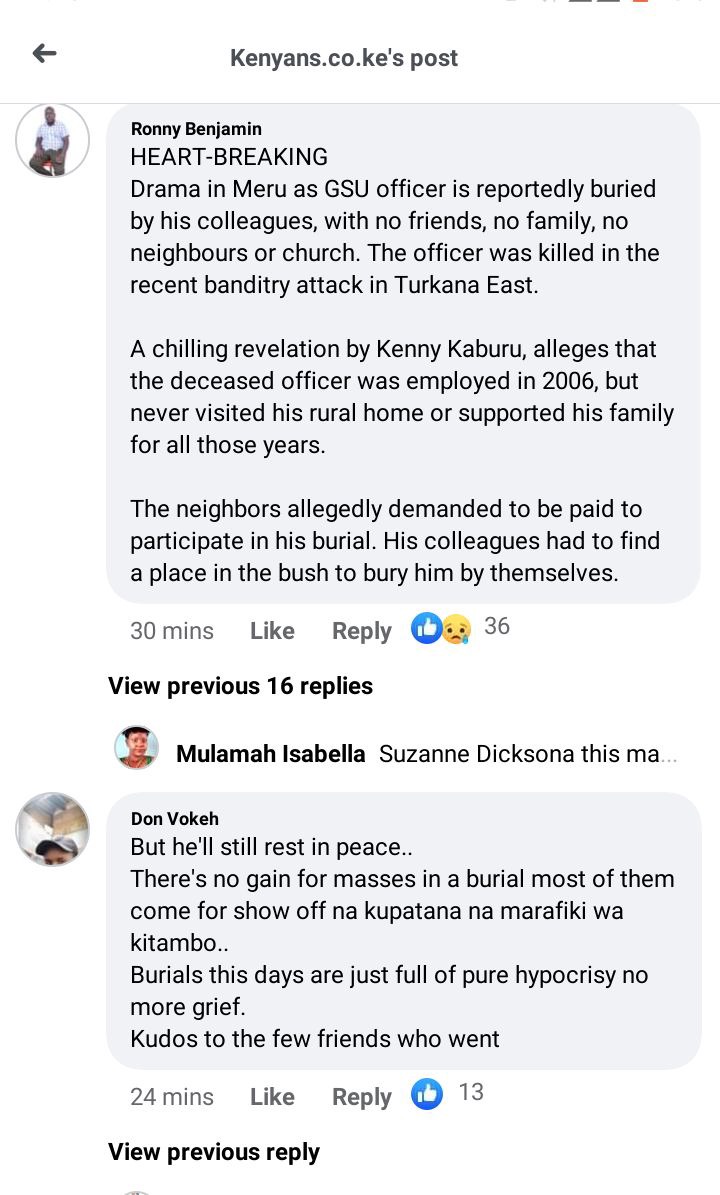 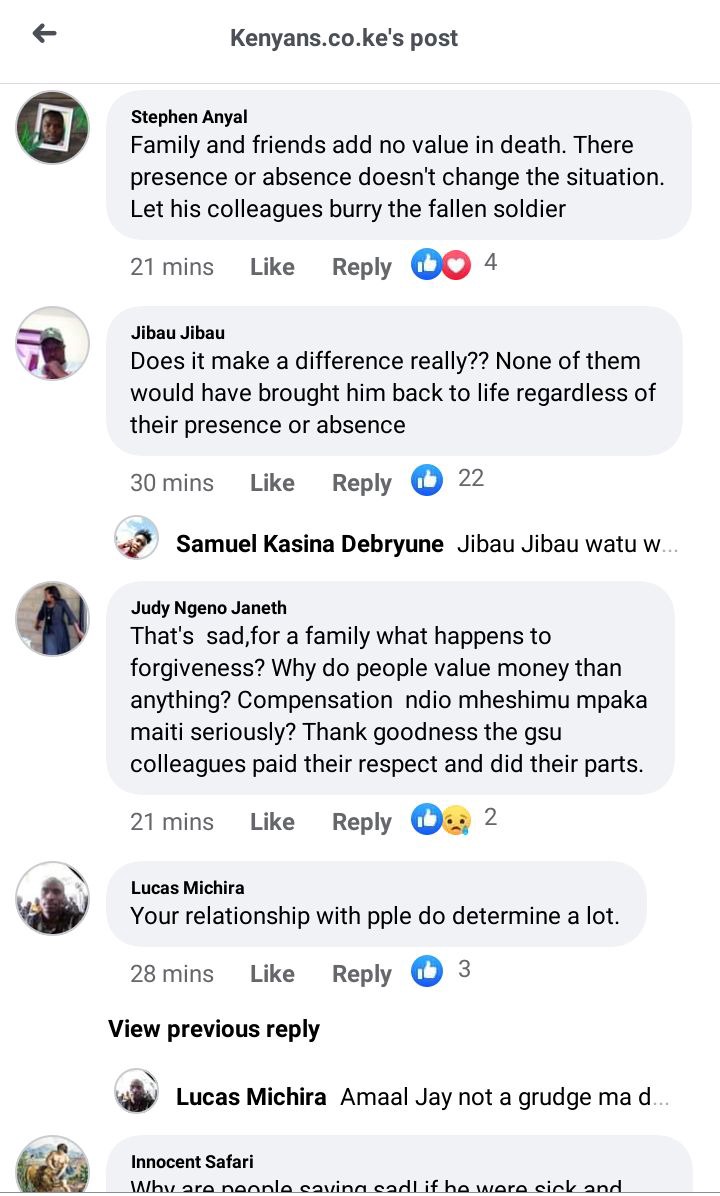 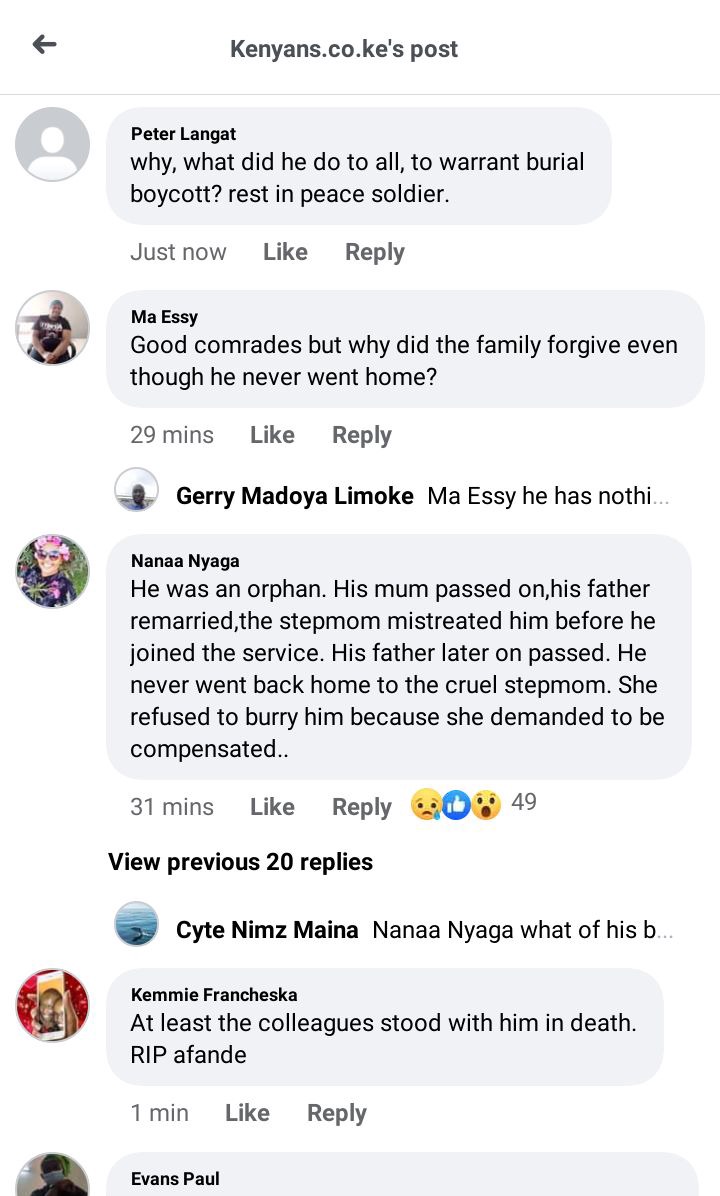 Content created and supplied by: PoliticosamiNews (via Opera News )

No Need Of Police To Take Care Of KCSE, See What PS Belio Kipsang Said About The Ongoing KCSE Exams

“He Put up a Spirited Fight.” Recce Squad Officer Killed by Thugs in Nakuru