KWS Officer Shot Dead, Other Critically Injured After They Were Ambushed By Armed Bandits in Isiolo

One Kenya Wildlife Service officer has been shot dead and another one suffered injuries after they were ambushed by bandits at Oldonyiro KWS field station in Isiolo county.

According to Nation, the two colleagues were preparing supper when the armed bandits suspected to have come from Laikipia county struct, broke into armoury and made away with three firearms and other assorted rounds of ammunition. 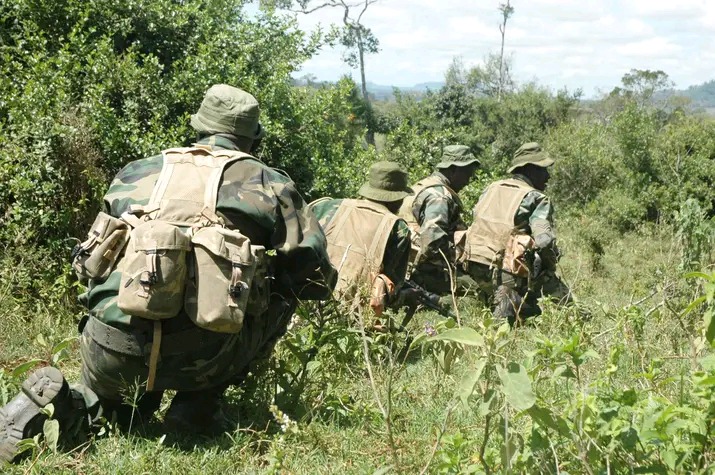 A police report that was seen by sources shows that the bandits fired at the scene and outside a nearby office of a local administrator before they were chased away by police officers from Oldonyiro station.

While confirming the incident, Isiolo County Commissioner Geoffrey Omoding said that one of the KWS was fatally injured and succumbed at Nanyuki Cottage Hospital Saturday morning while the one is currently in stable condition. 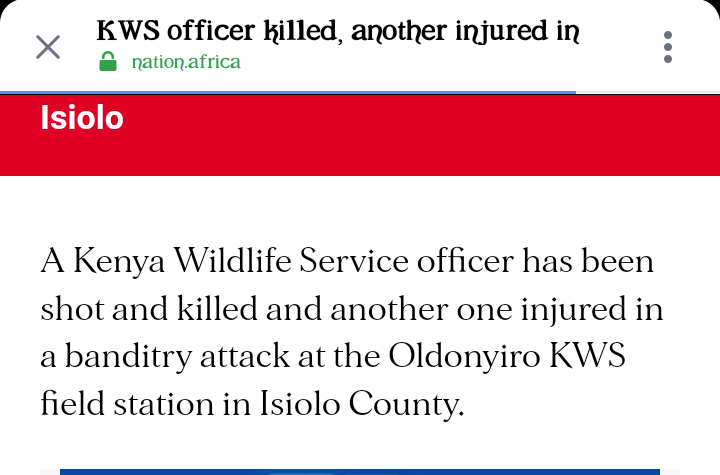 Security officers in the region have been dispatched and they are currently tracking down the bandits. Police believe that residents in the region could have given criminals some intelligence concerning the region. Another police officer was shot dead five months ago and 2 rifles loaded with 40 rounds of ammunition stolen after armed bandits attacked Loruko police station.

Didmus Barasa Might be Hiding In Uganda, Police Say

HISTORY: Remembering Githeri Man Who Made Headlines In 2017. See His Life 5 Years Later