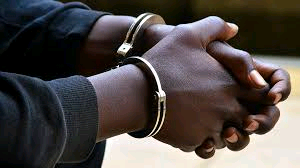 Kericho County Police Commander James Abdi who confirmed the arrest said the suspect was arrested after police were tipped-off by two neighbours who saw him escape after committing the heinous act.

According to James, the suspect's wife identified as Rhoda Ongar, took the suspect's (Husband) phone to call her mother when she received a pop up notification bearing the name 'M-PESA' from the phone.

Rhoda is said to have asked her husband also called Clause Ongar, who the sender of the message whom he saved as M-PESA was. 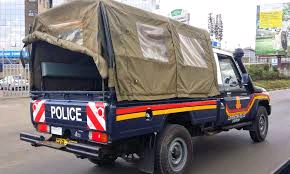 In his defence, Clause said that M-PESA is his Sukuma Wiki customer and was texting him to ask for a long overdue payment from him.

Rhoda seemed not to be comfortable with Clause's response when a confrontation ensued between them, and the suspect took a hot tea and pour on his wife.

She sustained grievous bodily harm and she was rushed to Kericho town hospital for emergency treatment.

The suspect is curently being held at Kericho town police station pending his arraignment in court.