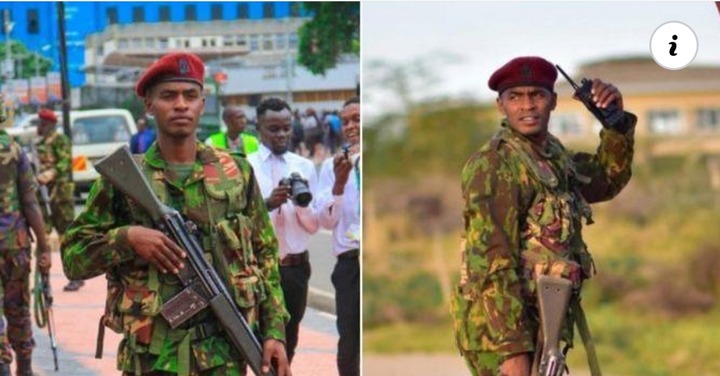 A police officer, Mr. Clinton Atika, attached to the General Service Unit (GSU) is reported to have graced the media as part of his career, an act that is so unique amongt the Kenyan police system.

According to the emerging reports, Mr. Atika is allegedly linked to have been the main force behind the rise of the Kenyan youthful media outlet, Y-254 TV, an affiliate outlet of Kenya Broadcasting Channel (KBC).

Y-254 TV according to Mr. Atika who was speaking to the Kenyan.co.ke, was a media outlet for the youth empowerment aimed at creating jobs and tapping into the local talents. The Y-254 TV, is equally linked to have paved way for dances and music among the youths. 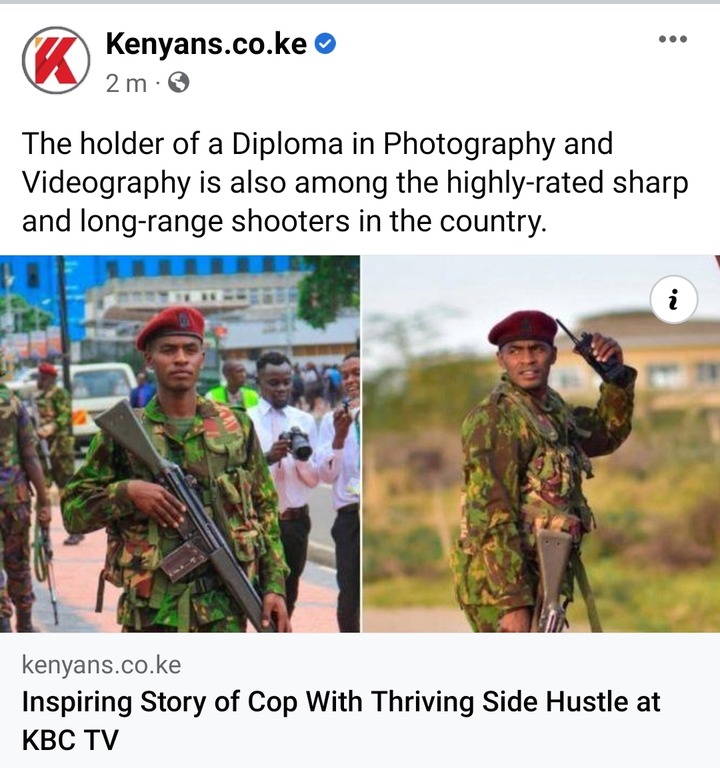 Atika, is a renown photographer, manager and director of matters film and the its art as seen at the Mashariki Shows Photography.

The subject is reported to have been celebrated in the year 2019 and 2020 following his skils in photography by the Fresh Music Awards, an award that paved way for his Public appearance and growth.

Atika is equally reported to have been based at the National Police Service as a constable after a series of success during his trainjgs at the camp. 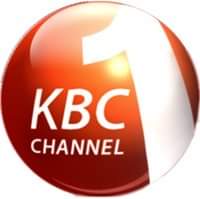 "PC Atika is determined and focused on further sharpening his skills and becoming one of the highly rated photographers following into the footsteps of the likes of legendary Kenyan photojournalist Mohamed Amin," NPS stated.

According to the report by the National Police Service (NPS) Mr. Atika is focused on sharing the image of the NPS to a larger media audience through his photographic skills.

"He aspires to catapult the NPS image to the National and International limelight through photography " NPS added.

Interestingly, Mr. Atika is alleged to be the highly rated sharp and long range shooter in the country.