By TheAnalyser (self media writer) | 9 months ago

A Bungoma based musician identified as Peter Ochieng alias storm and popularly known for his song 'birikicho' was found murdered along the Kanduyi road.The report indicates that the musician was also serving as the communication assistant for Kanduyi constituency Member of Parliament honorable Wafula Wamunyinyi.Bungoma subcounty commander Benjamin Kiwele confirmed the death of the musician.

The police boss revealed that Ochieng's body had multiple cuts and was dumped near a popular bar along Kanduyi road.According to Kimwele,the police officers are following a promising lead after they received reports that the musician boarded a boda boda on his way back home only to be found dead later on. 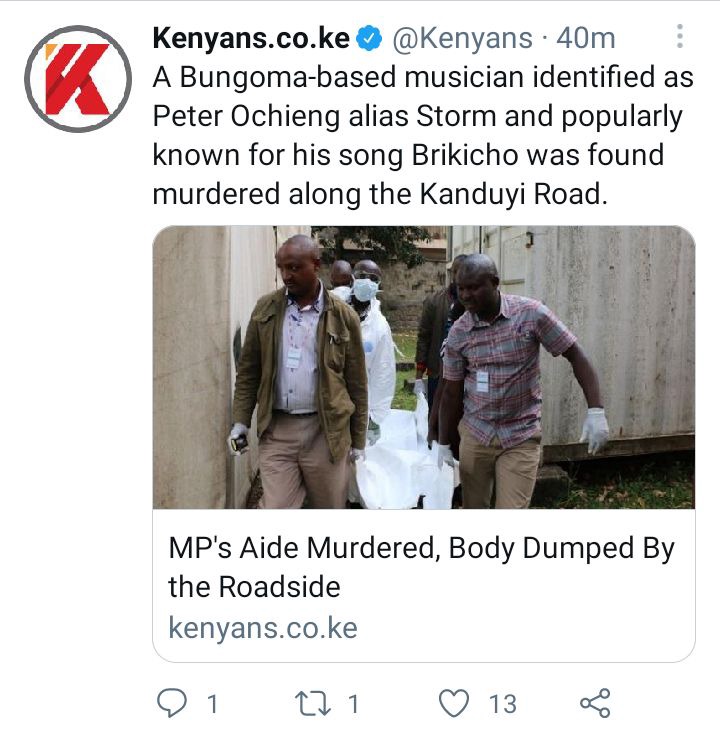 The police officers further noted that they were in possession of text messages from mobile phone service providers with details of the person who is said to could have paid the transport cost for the musician as well as those of the boda boda operators. 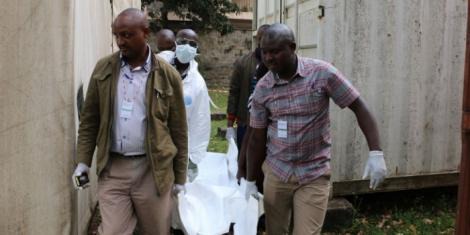 Content created and supplied by: TheAnalyser (via Opera News )

Why Kenya Police Uniform Was Changed to Blue in Colour

Female Teacher From Kapenguria Beaten by Boyfriend to Death Over Quarrels, Suspect Lynched by Mob