Residents of Muguga, Kiambu county have been left in a huge shock following the Saturday night event in which notorious thugs in that area attack one of the residents.

According to DCI a three gang knife-wielding thugs had attacked a resident who has been identified as Wanyama before things turn to be soar on their part. Wanyama who was deep asleep was suddenly awakened by a huge rock that was used to break his door by the thugs. 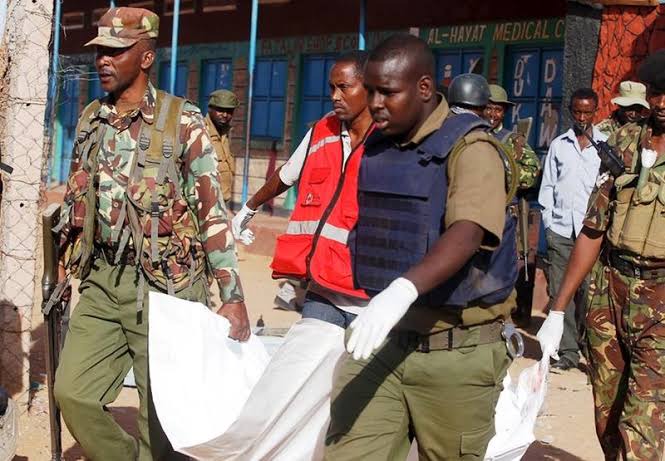 A scuffled immediately started between the three thugs and Wanyama who had nothing to surrender to the thugs. Tactful Wanyama reached to one of the thug's hands who has been identified as Evans Atuya, 35, disarmed him of the knife he had. Furious Wanyama went ahead and stab Evans, the suspect neck leaving him unconscious. The suspect only managed to make few steps before he fell and succumbed to injuries caused by his own weapon.

His fellow accomplices took to their heels after seeing things turned as they didn't expect. The body of the suspect has been taken to Gachie Level 4 hospital as police began an investigation to arrest the other two suspects who managed to escape.

However, DCI has urged victims of attack from armed thugs to where possible to avoid the confrontation that may lead to their lives being lost. 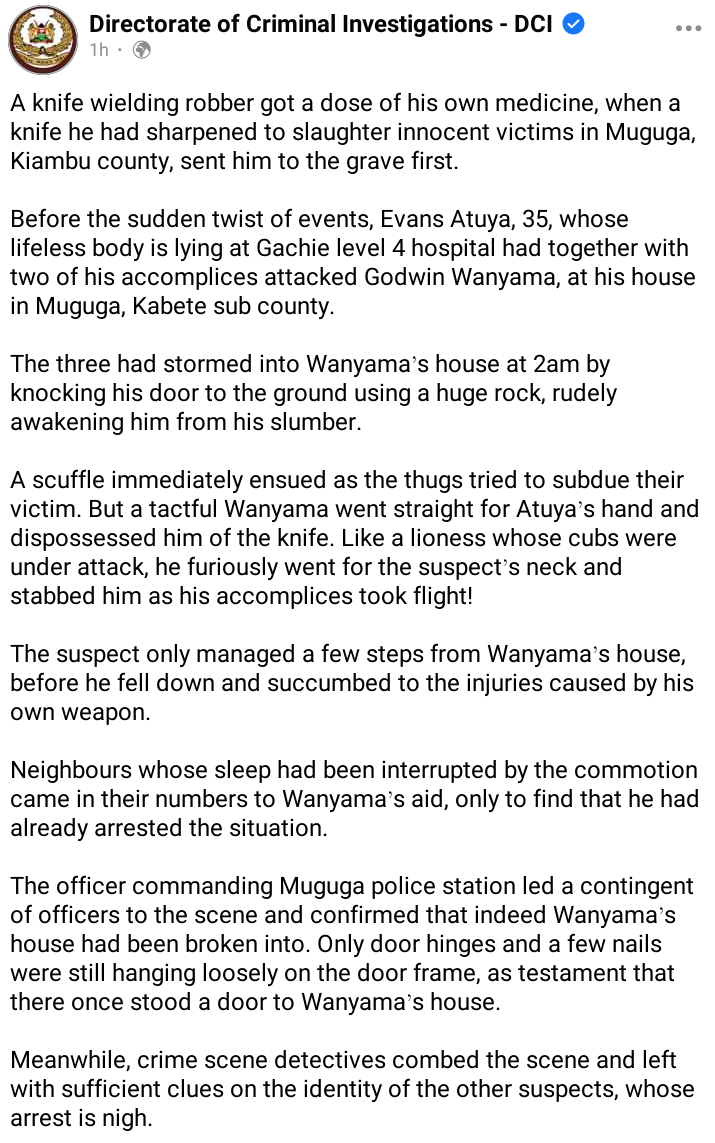