By CrimeBuster (self media writer) | 6 days ago

Over 40 Passengers have escaped death after an accident that has happened along the Muhoroni-Londiani highway involving a public service vehicle and a private car. 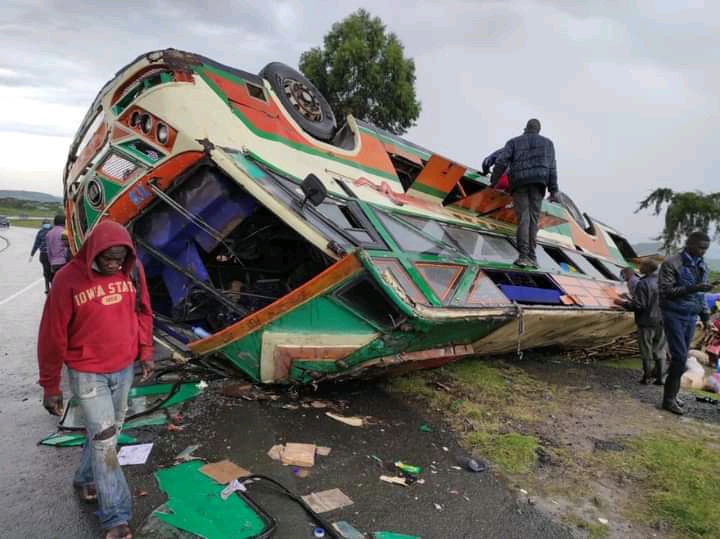 According to the reports given by a reliable source of information, it has been revealed that the Psv was allegedly heading to an unknown location before it collided with a vehicle that was coming from the opposite direction.

This was followed by another tragic incident after the Psv driver lost control of the vehicle that immediately rolled several times before coming to a stop.

Luckily, reports have revealed that all of the passengers were able to survive the accident except for a few of them who allegedly escaped with several minor Injuries.

This is happening at the same time when the National Transport and Safety Authority has called upon kenyans urging them to make sure they follow all the traffic rules and regulations in order to reduce the increasing rate of accidents in the country.

According to the reports given by the Ntsa, they revealed that the latest accident statistics have revealed that the main cause of accidents in the country is due to recklessness among drivers who for one reason or another choose to ignore road safety rules and regulations.

At the same time, a report given by the ministry of transportation has revealed that the number of accident related deaths in this year has increased compared to the last two years. This According to the government has raised more concerns due to the fact that the year is yet to come to an end. 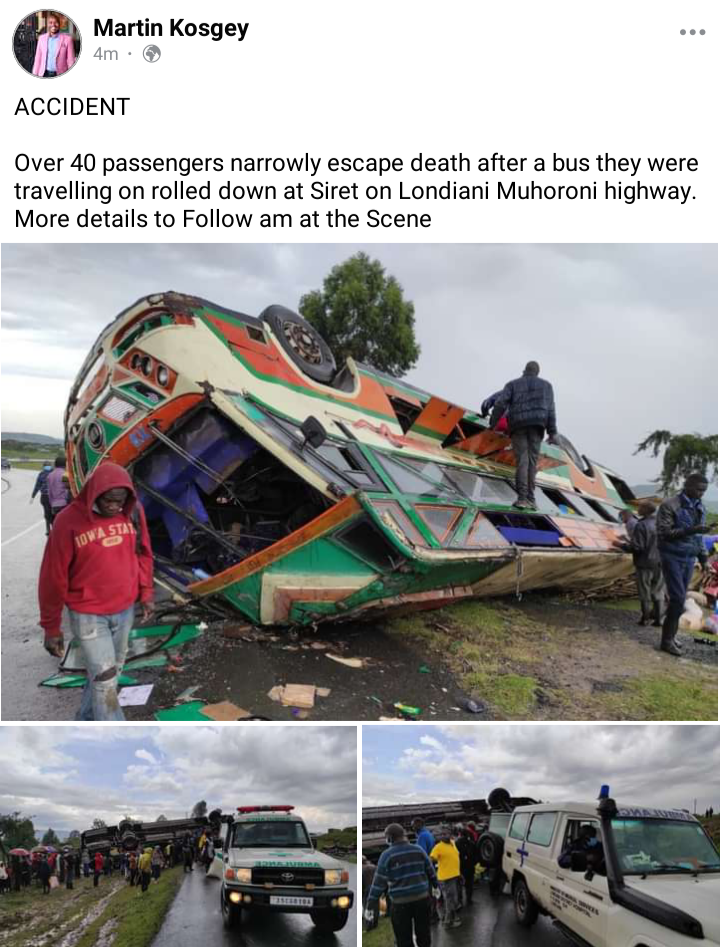