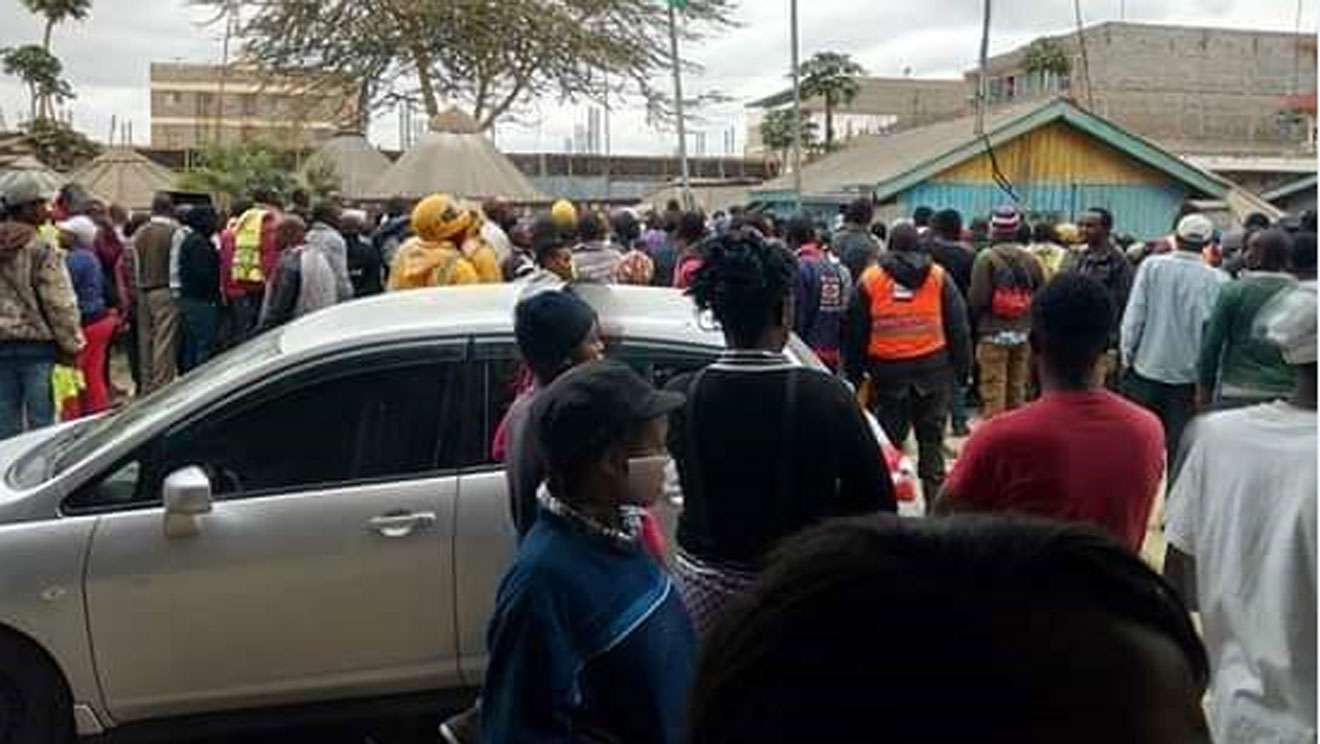 The residents of Bumula in Bungoma were in shock after they got the bad news about the death of Titus Wamalwa who was stabbed to death by Oliver Wafula. The two were reported to have been fighting over a young woman by the name Njoki.

Two men fighting over one woman

According to the statement which was recorded by Njoki at the police station, she was in love with one of the men while one of them was so much possessed with her. Instead of making him feel bad of her not wanting to be his girlfriend, she decided to make him her friend and they could do so many things together including going out during the weekends. She had never told her boyfriend about this other man because she feared that they would one day meet and fight each other. 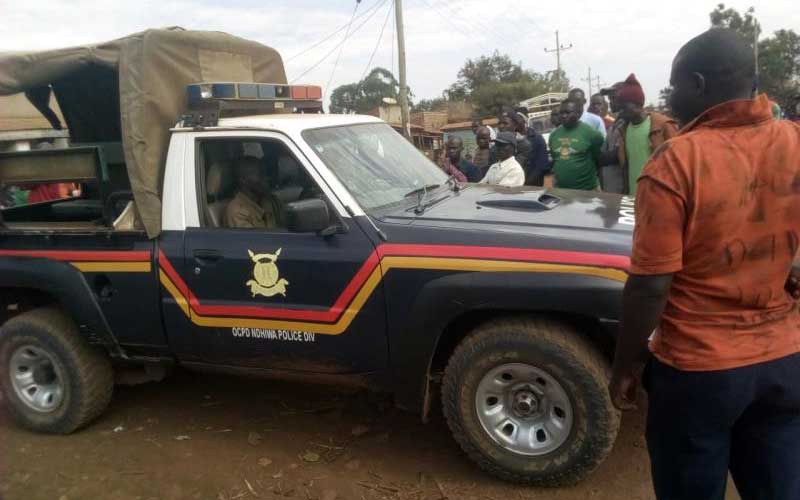 On this sad day, Njoki was in the company of Titus Wamalwa at her rented house in Bumula when Oliver Wafula got to her house unannounced. It was during this time that Oliver got so furious after seeing how Titus had made himself comfortable at Njoki' s house. He angrily asked him about whatever he was doiyat that house during that time and the answer he got from Titus did not make him happy. They then started exchanging words and Njoki who was now scared started tried to separate the two but none of them wanted to stop fighting.

She later left them to continue fighting as she went to seek the help of one of her friends who lived nearby. By the time her friend arrived, the two were still fighting and Titus had overpowered Oliver. Oliver who had received enough of the punches on his body was forced to reach out for a weapon. He quickly reached out for a kitchen knife and used it to stab Titus on the chest. Upon seeing that Titus had died, Oliver flee the scene leaving Njoki and her friend who were now screaming for help from the neighbors. The neighbors rushed to the scene and found the body lying lifelessly on the floor. The murder weapon was recovered at the scene and the body was taken to the mortuary. 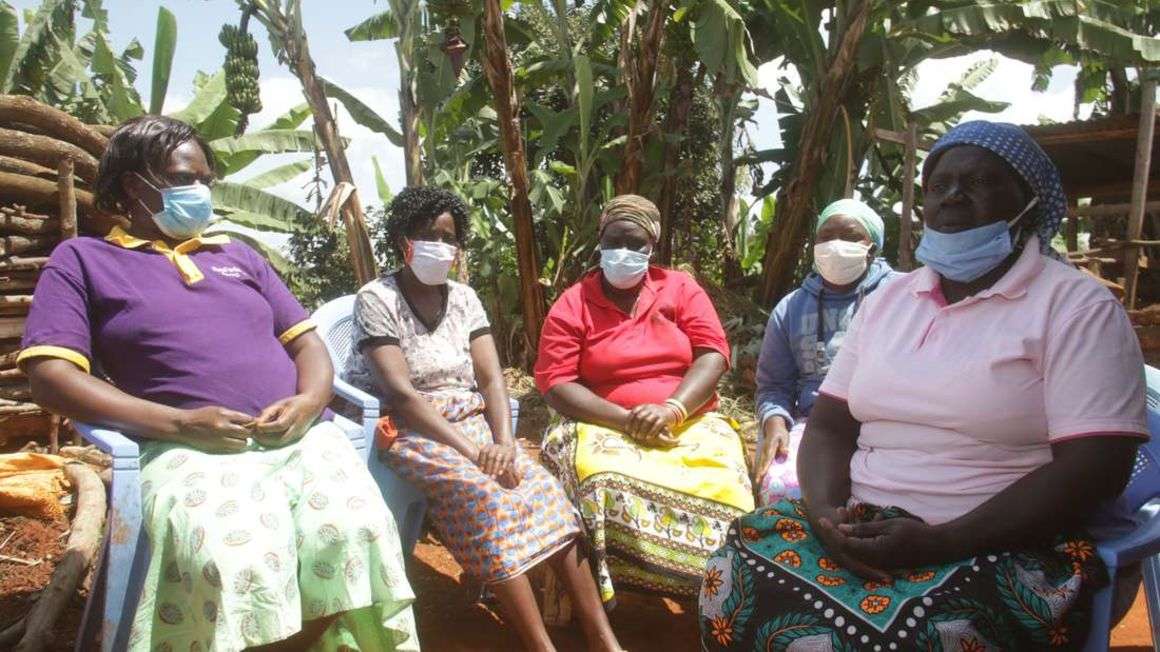 Njoki helped the police in looking for the suspect who was on the run. He was later arrested at the Kimwanga market while he was trying to escape to the nearest town. He was then taken to the police station where he was held until the day that he was taken before the court of law to answer his charges. After first the suspect denied killing Titus but after so much interrogation, he was found guilty of the offence.

Njoki who was also present in court admitted knowing the suspect and also being in a relationship with him. The relatives of the deceased were also in court and all they wanted was for justice to be served for their kin whose life was ended shortly. They blamed Njoki for the death of Titus after claiming that if only she would have agreed to only date one of them and let go of the other then all the men would have been alive by now with none of them behind bars.

Njoki had a very long day after many people accused her of being a gold digger and wanting to use men for her financial issues. She was forced to leave the court earlier and get back home as she waits for the next hearing now that she was the woman behind the murder. Autopsy report details of the murder

According to the details of the autopsy report, Titus was deeply stabbed once on his chest killing him on the spot. The knife destroyed his heart and that was the reason for the too much bleeding. He could not survive because his heart had been damaged beyond recovery. It was confirmed that the kitchen knife which was recovered at the scene was truly the one which was used in the murder of Titus Wamalwa. The report was handed over to the court to help in coming up with the best decision regarding the case. 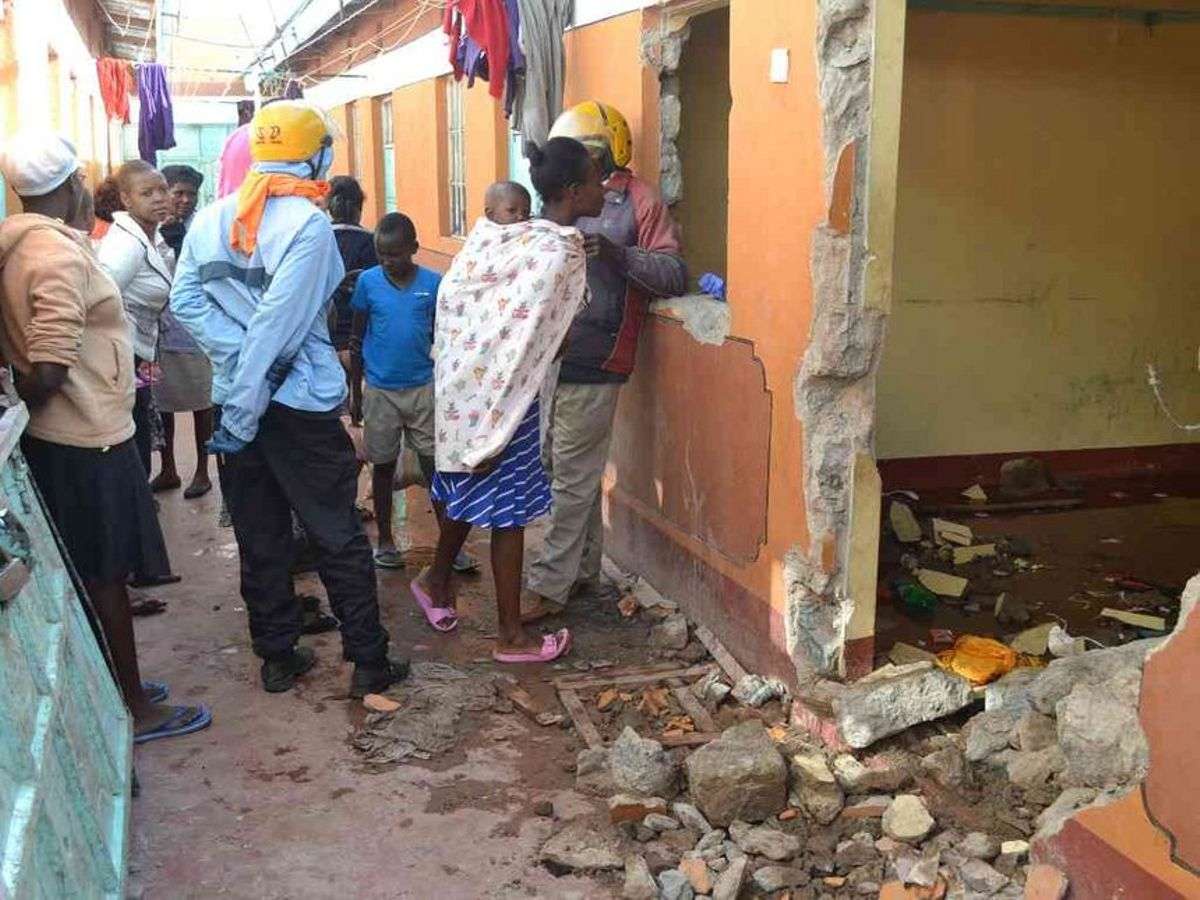 Young women who does not want to work hard for their own money were asked to at least look for jobs and yo stop their bad ideas of dating several men so that they can get money from all of them. There is a number of ladies who have been loosing their lives after their lovers have realized that they are having secret affairs with other men.

The efforts of many non governmental organizations to stop gender based violence has not bore enough fruits now that some ladies are still involving themselves in many relationships for monetary gains. The case regarding the murder is not yet over and the murder suspect is still expected in court for another hearing. 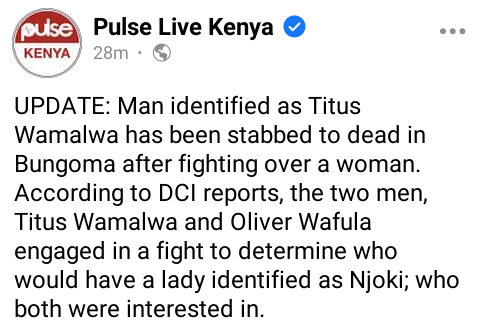