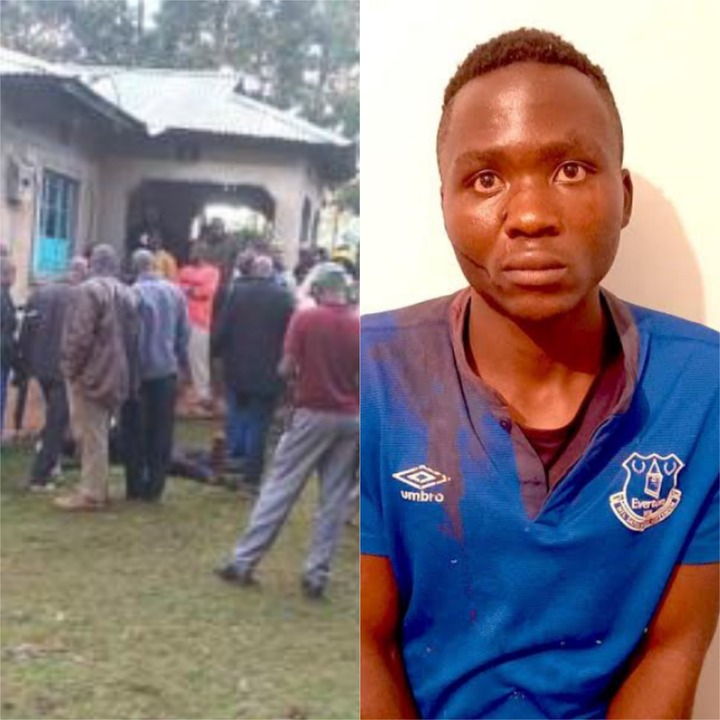 The self-confessed serial killer Milimu Wanjala escaped from police custody but two days later, Masten could not escape from the wrath of Mukhweya residents. Despite successfully traveling for more than four hundred kilometers after fleeing from the Jogoo Road Police Station, his forty days had come to an end following his encounter with the residents of his home village.

Yesterday before Masten Wanjala was lynched, a resident of Mukhweya has revealed how the slain serial killer threatened to attack him.

Moses Mukhwana is a resident of Mukhweya village where Wanjala was killed by a mob. Moses operates an eatery within Mukhweya market and was among the first people to identify Wanjala in the vicinity.

After learning that Wanjala was within Mukhweya market, Moses says that he took cover. Moses adds that he saw Wanjala and called out his name. According to Moses, Wanjala threatened him and several other villagers who were at Mukhweya market. Moses adds that the serial killer was armed with a pair of scissors. The businessman was forced to make a distress call that alerted the residents who came out.

On sensing danger, Masten Wanjala took to his heels and the residents chased him and that is when he entered into a resident's house. The house where he went to hide himself belongs to Alfred Wekesa who is a primary school headteacher in the locality.

According to details, three men who entered the house to remove Wanjala from his hideout have spoken and have said that they did not intend to kill him. However according to reports, Masten Wanjala attacked them and that is when a mob took action and gave him a severe beating that resulted to his death. The Beautiful Ahero Interchange Attracts Concern From Kenyans Over Jam