By TheDailyOnlinePunch (self media writer) | 9 months ago 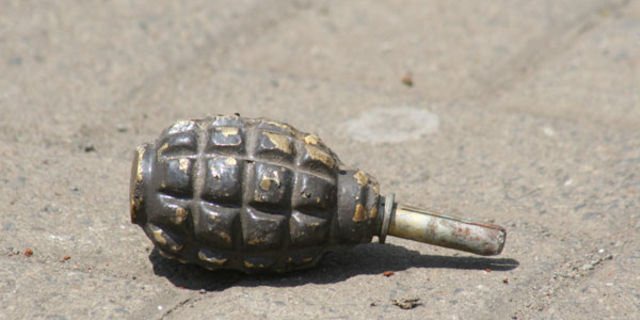 Police officers based in Isiolo have began investigations into an incident where two boys aged seven and eight were killed by a grenade explosion. The boys mistook the device for football and were playing with it before it went.

One of the boys died on the spot at their home in Dabaso Huka Golicha village, Merti Subcounty, Isiolo while the second boy died of the injuries sustained during the explosion in hospital. 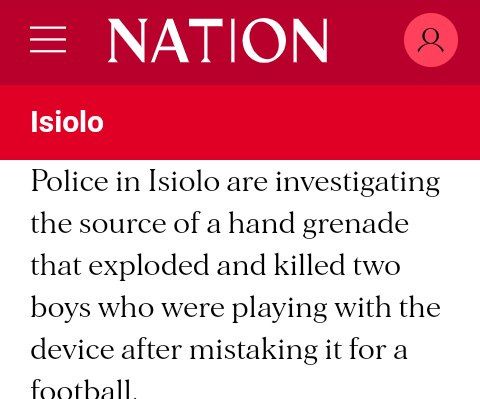 Police are yet to determine wheather the boys picked the explosive by the roadside and carrried it home to play with it or wheathef the device was intentionally placed in the compound by a person with evil intentions.

However, police officers investigating the incident have linked it with an event in February where a vehicle carrying AK47 riffles, two hand grenades plus 128 rounds of ammunition was seized and captured transporting the weapons on Yumicha - Duma road that passes through the village.

One vehicle believed to be ferrying such weapons managed to escape as police officers engaged in a firce fire shootout with two armed criminals were declined to stop the vehicle when they were flagged down. 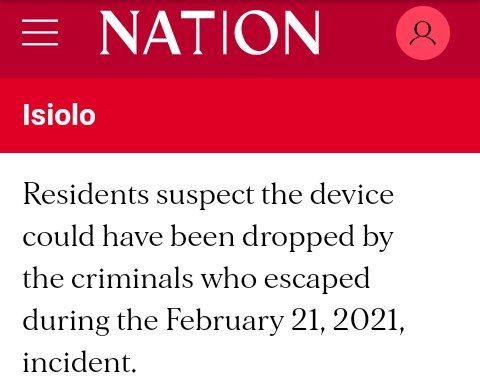 Police and villagers now suspect that the grenade was dropped by the criminals during the clash with police officers. Residents have now called for a thourough search throughout the village to identify other explosives that may have been burried during the clashes.

Isiolo county commissioner Mr. Geofrey Omonding said that investigations have began to determine where the device came from. He called on residents to stay alert and inform security experts of any unknown device the come across.

Back in 2018, one person was killed and eight others injured when a grenade exploded at an orphanage in Burat ward. Bomb experts launched a search in the compound and loctaed another grenade buried.